The Amendments followed me for three years. Hovering as invisible codes on a building site, falling through a fishing net, disappearing with the waning moon, small words in an obituary, love lost in another language, a drastic change in habitat and three journeys later, I finally saw them when driving past a cluster of Cape beech trees. It is not that they were ring-barked; they were just struggling against the south-easter.

With this image in mind, I was able to start measuring out a visual poem stretching across 14 sets of photographic ternaries, alluding to our circuit on the brink of a deranged paradise. The work has a satirical undertone, possibly even cunning, as it is largely implied by this society.

There is another link with the writers Ingrid Jonker and Virginia Woolf such as in Amendment 8:the case of the drowning river.
Other references to previous work prevails but with ironic commentary on our state of disintegration, both environmentally (Amendment 11: the case of extinct threats) and socially (Amendment 12: the case of a crime less classic).
Spending a solitary residency in Pujols, France during September/October 2005, I produced a series of small books called Springbok poems, in which certain clues for Amendments were foregone. Then, during a recent stay in New York as part of the Ampersand Fellowship, I found a minute clue in the Bronx Botanical gardens while meandering through the snow in Beth's Maze (Amendment 5 : the case of the mute praise singer).
‍
It is possible that the work is a metonymic reflection of our genesis: murmurings lost to fractured atonement.But then again, it is also possible that these are just fourteen pages from a personal chronicle. 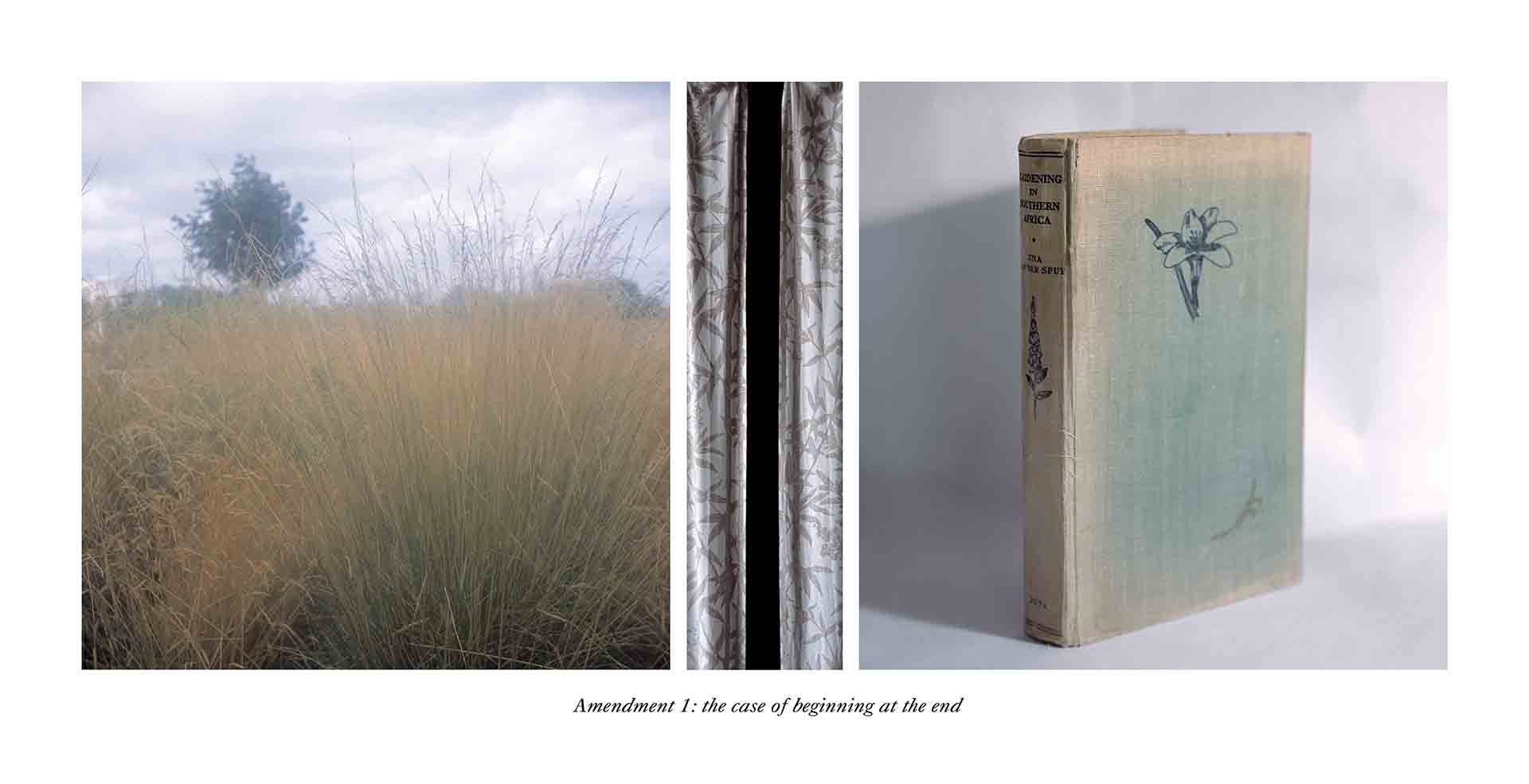 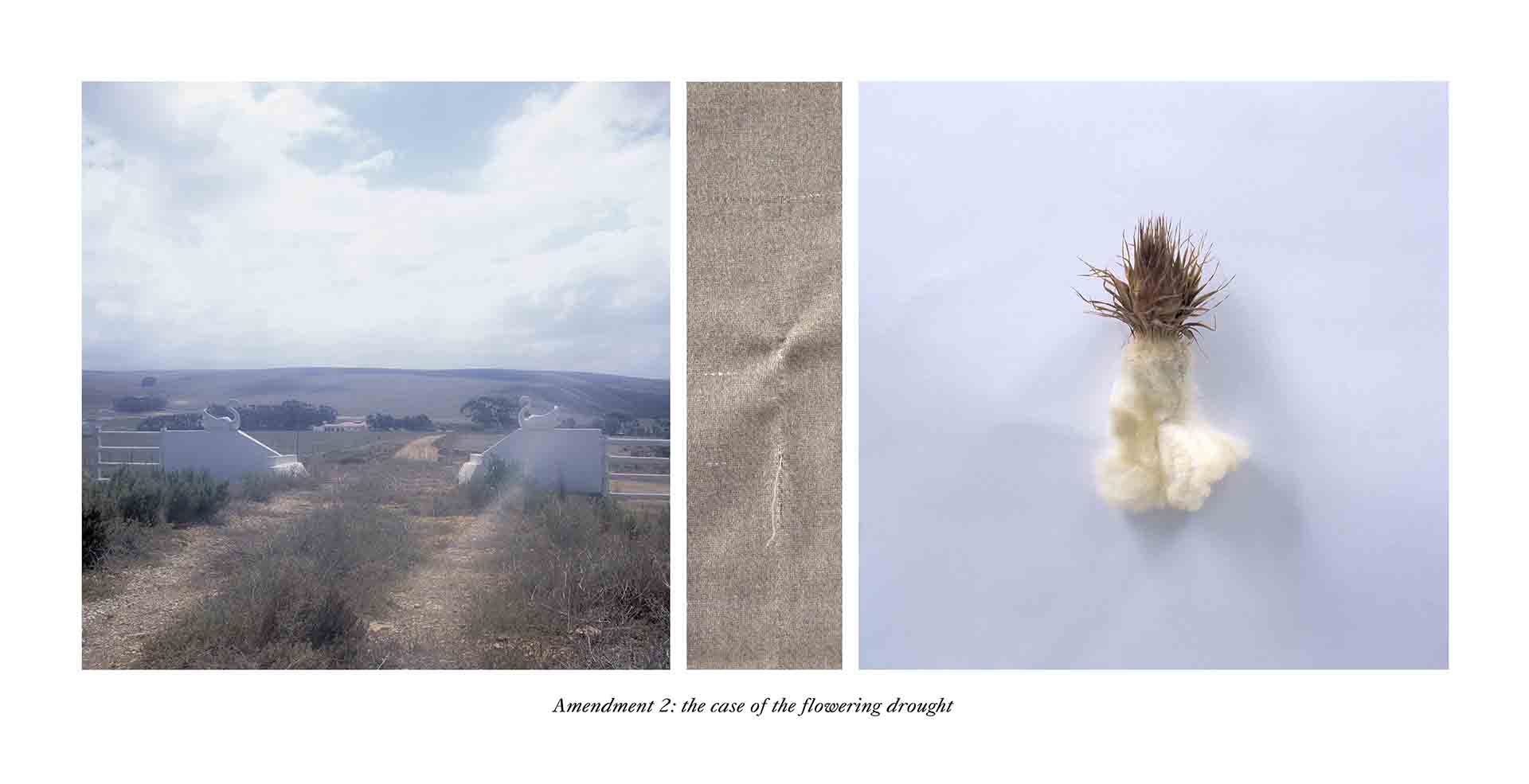 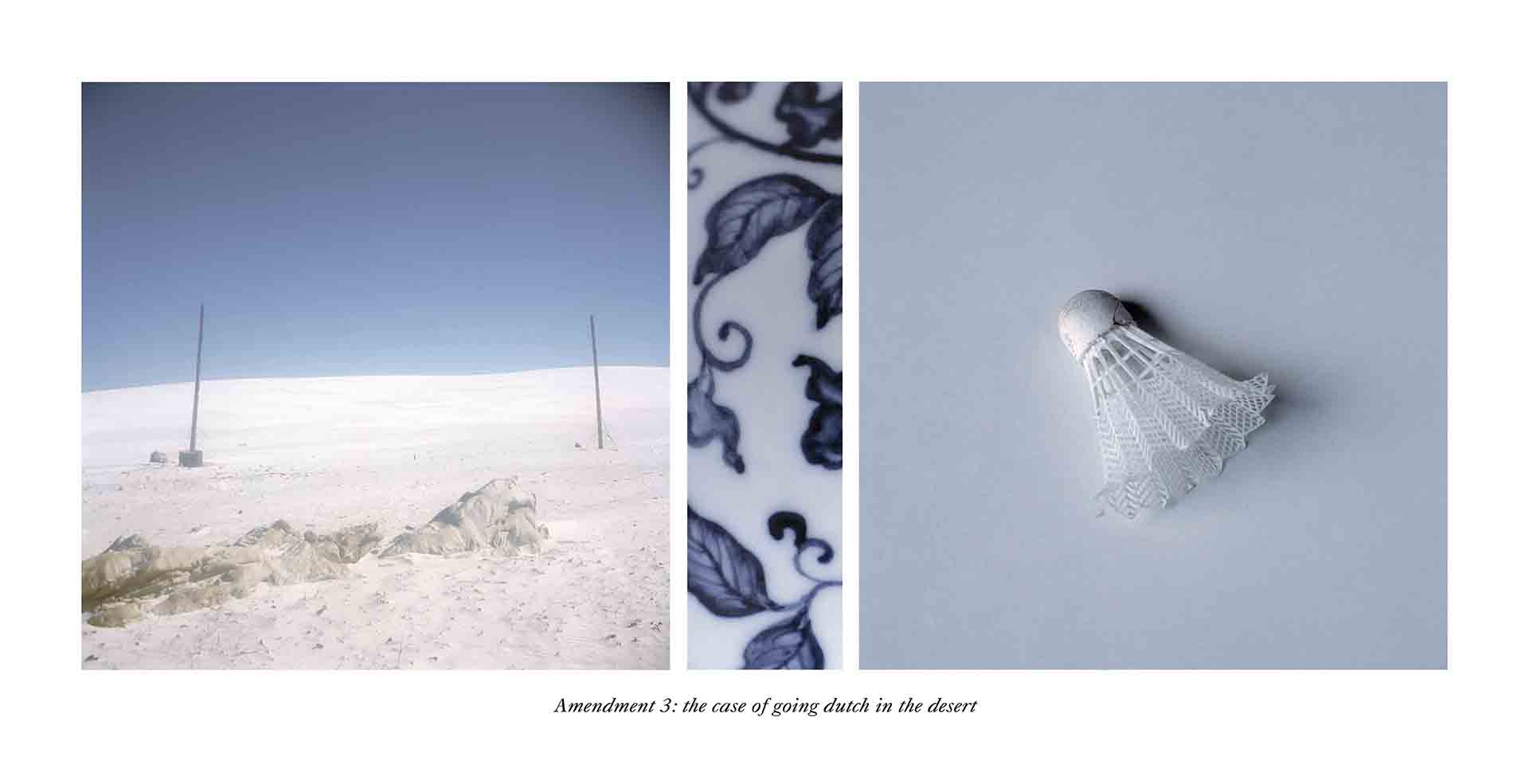 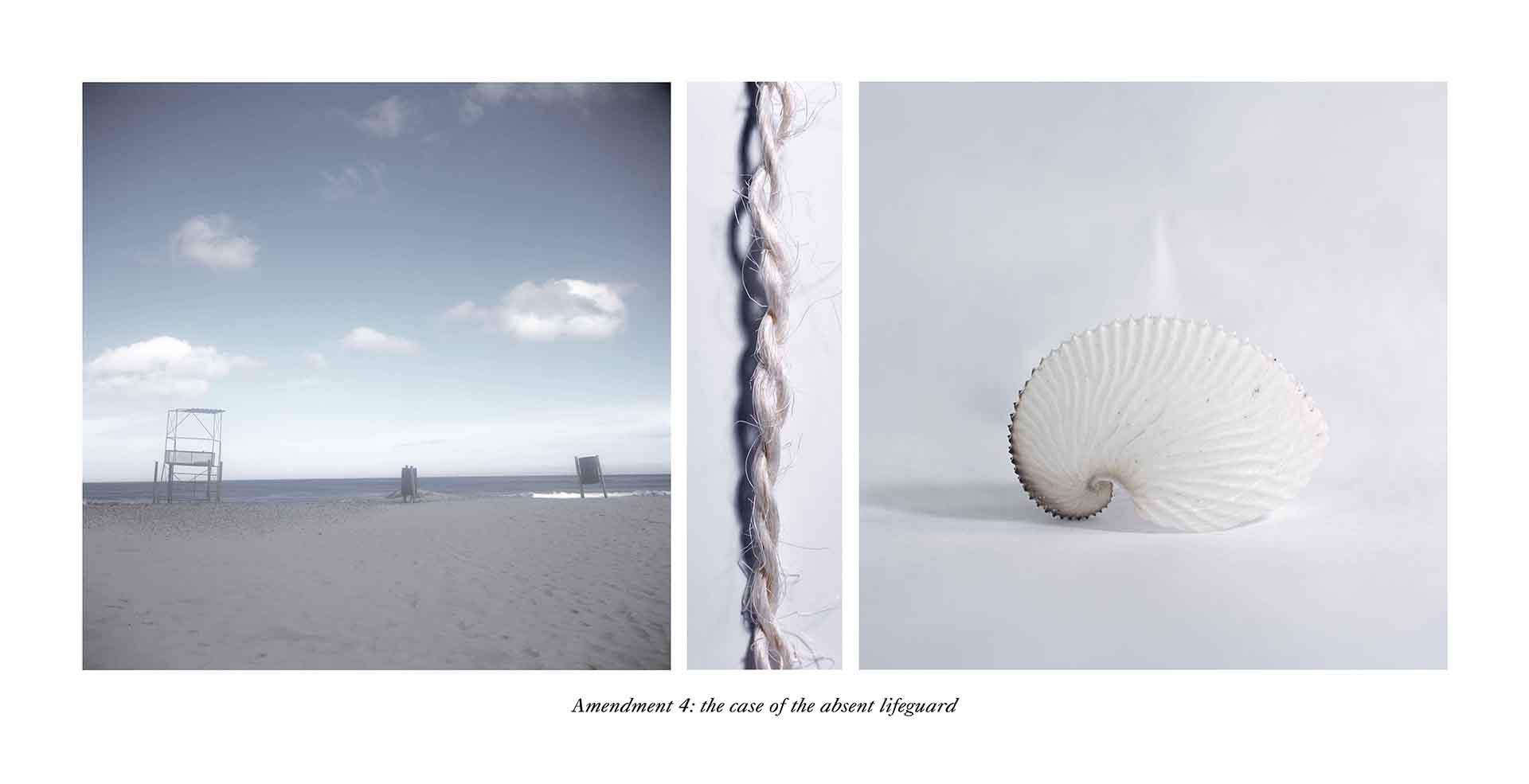 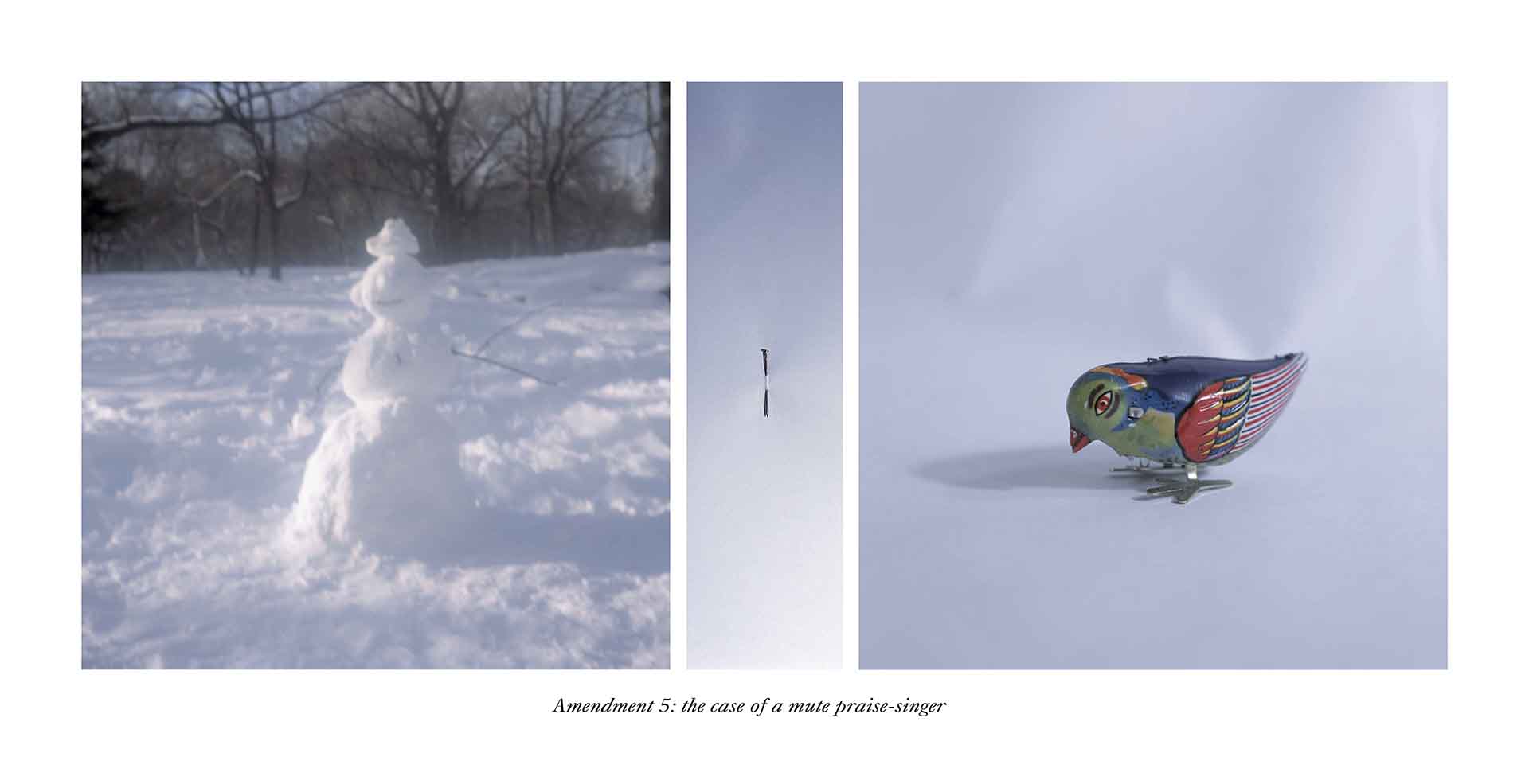 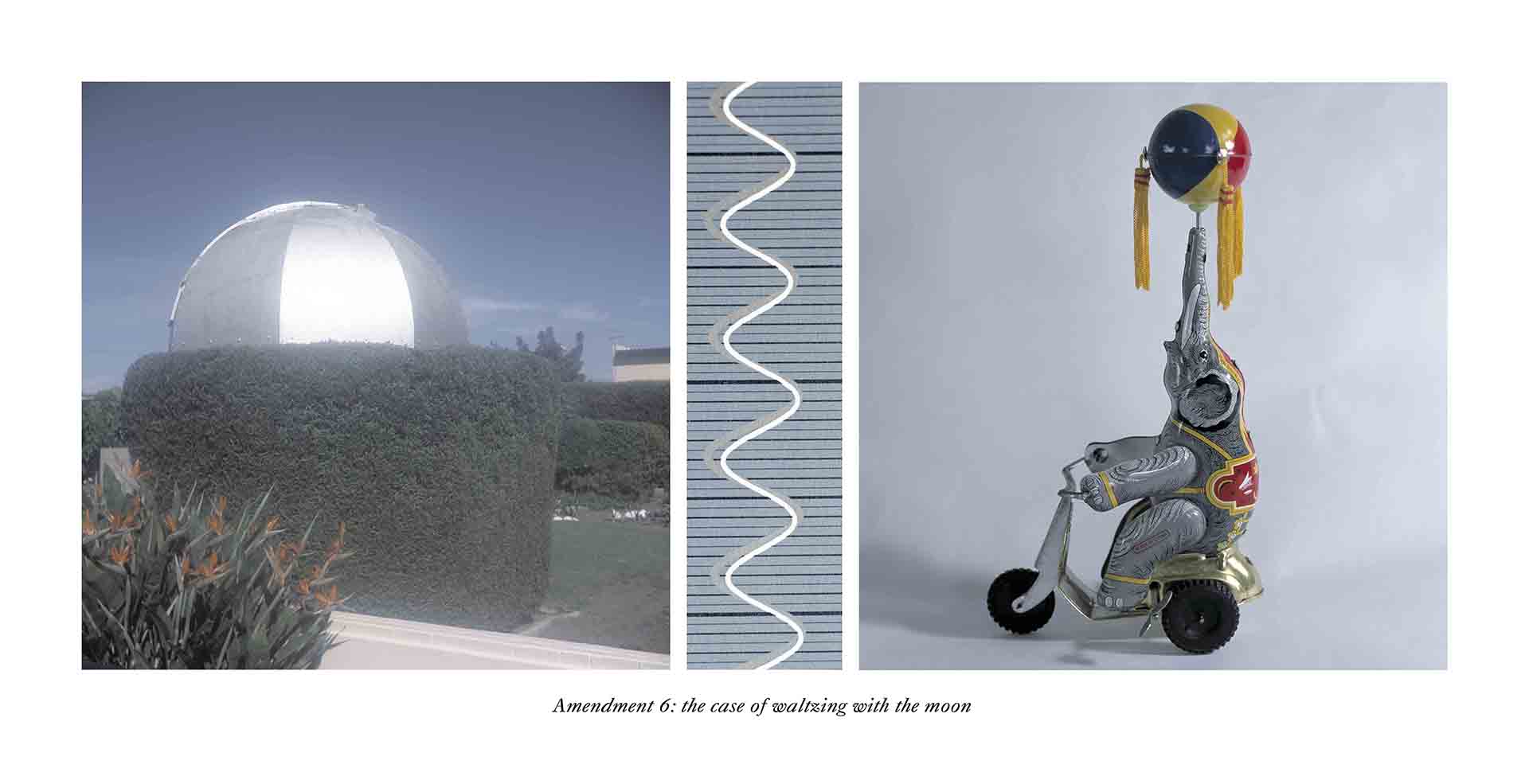 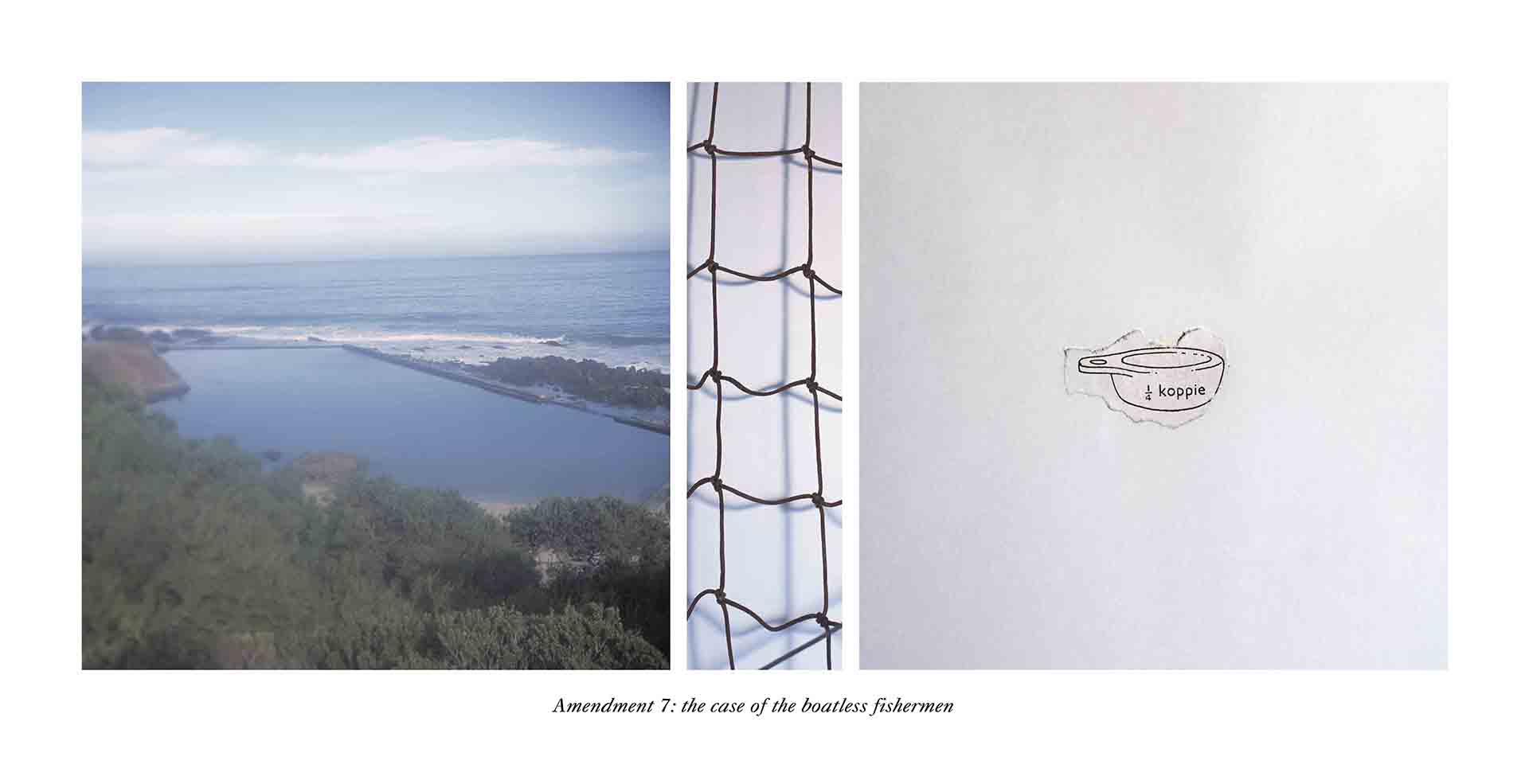 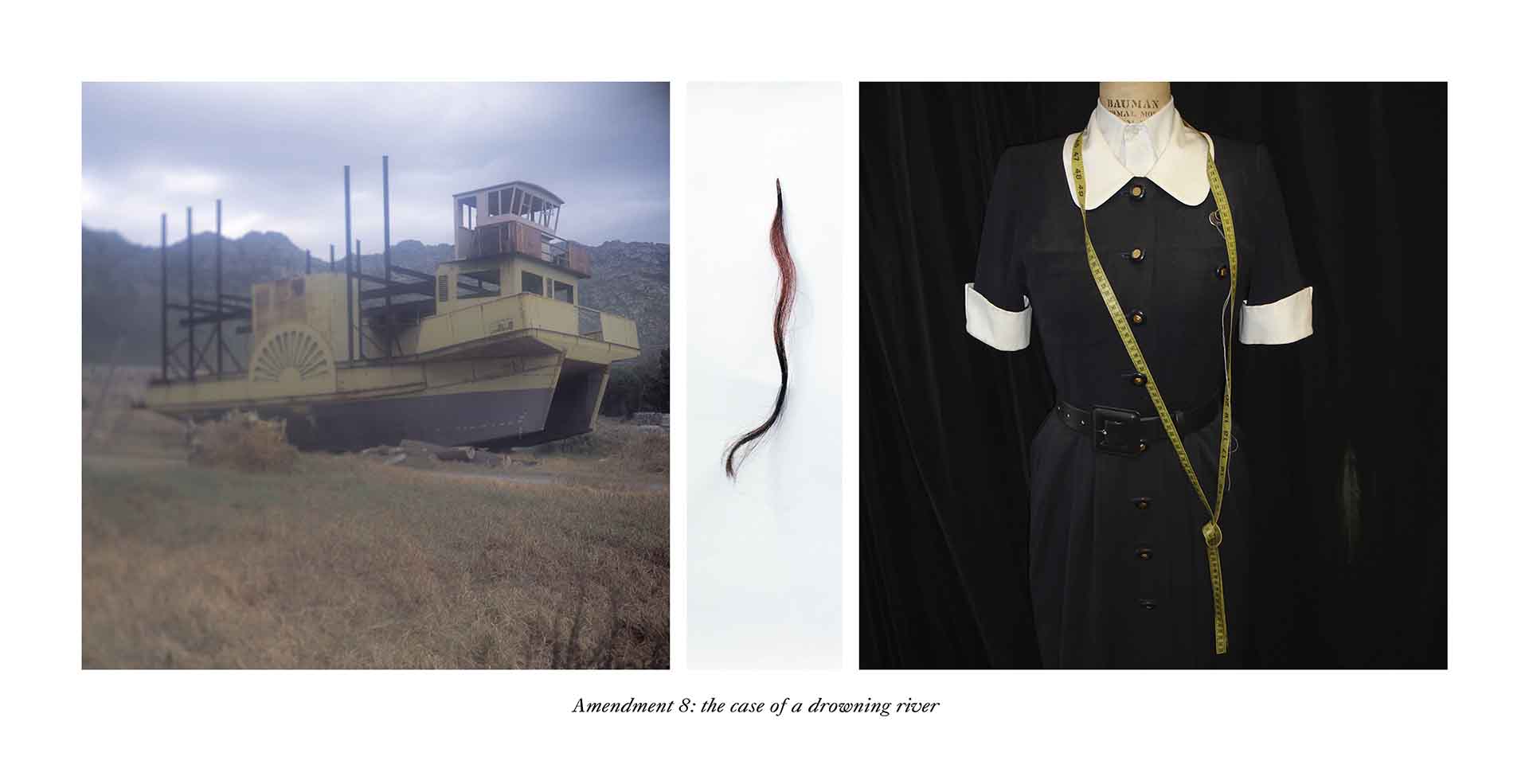 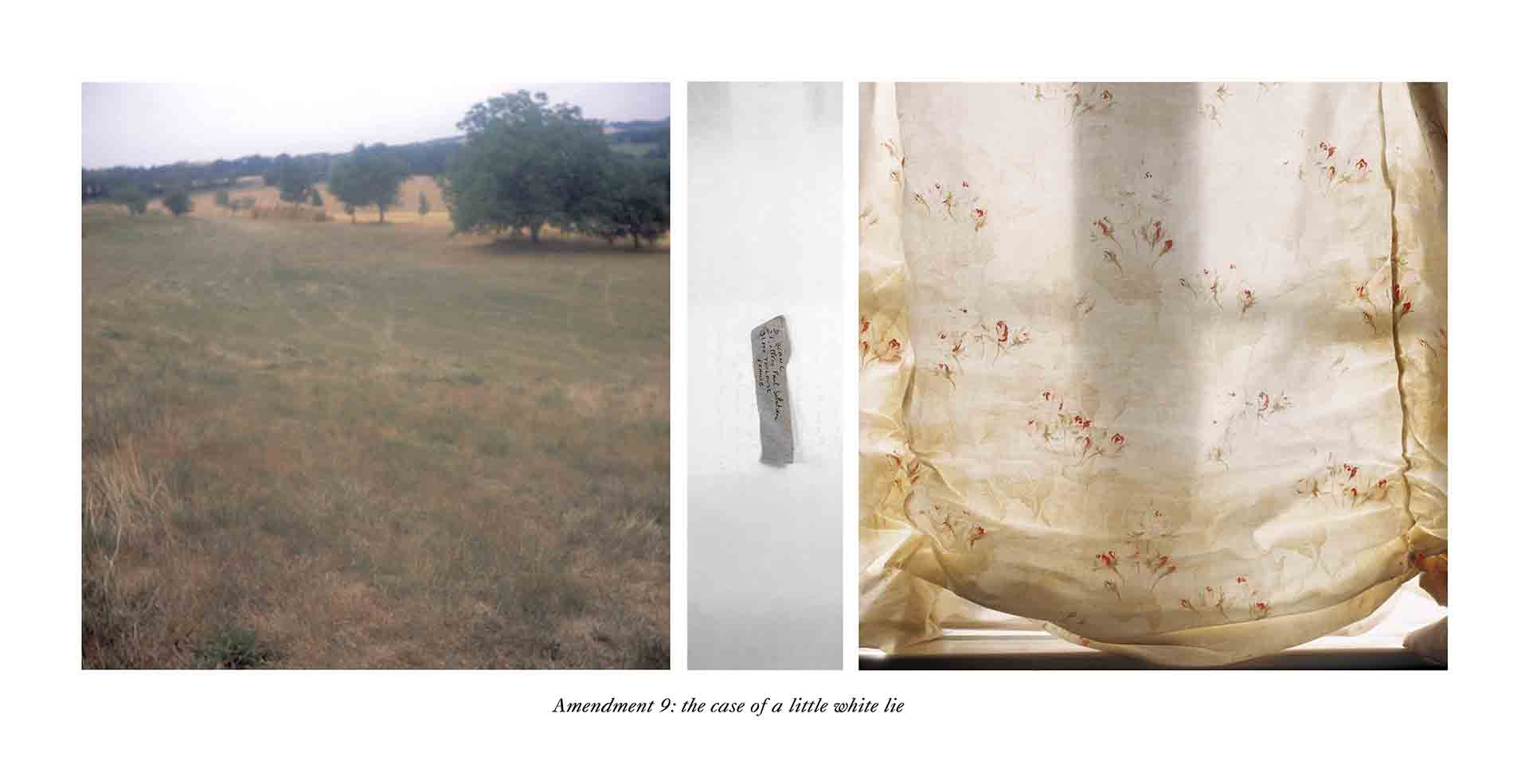 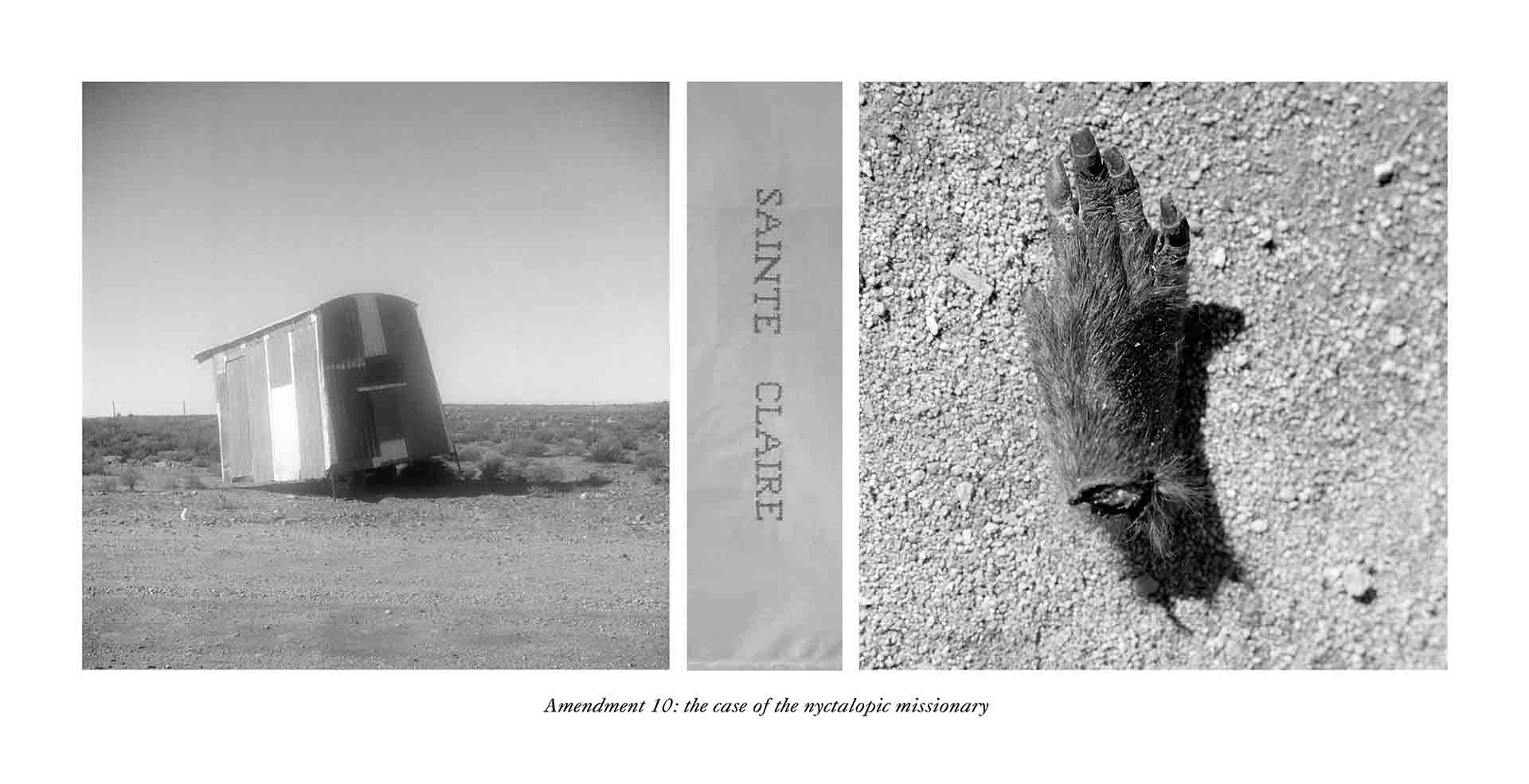 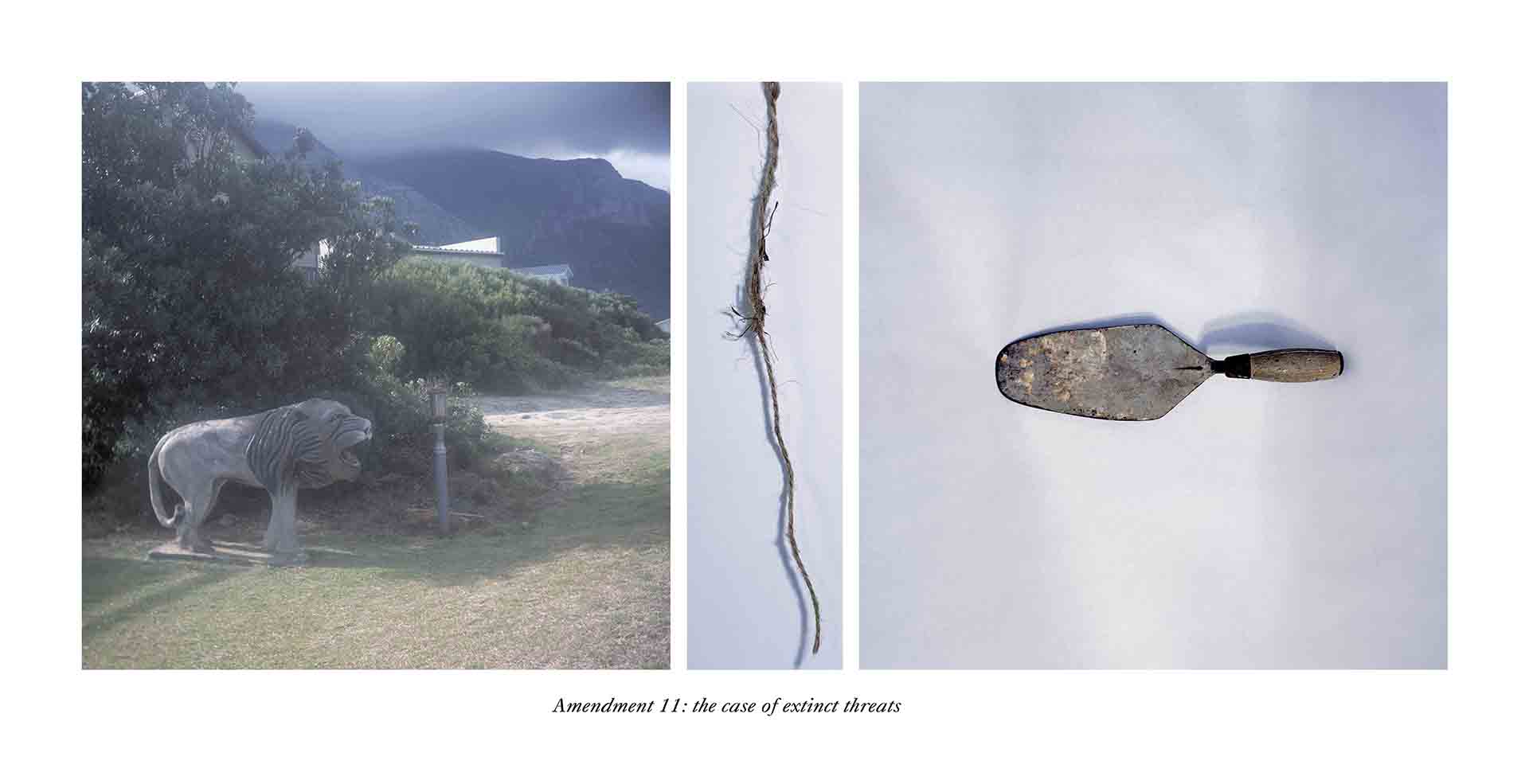 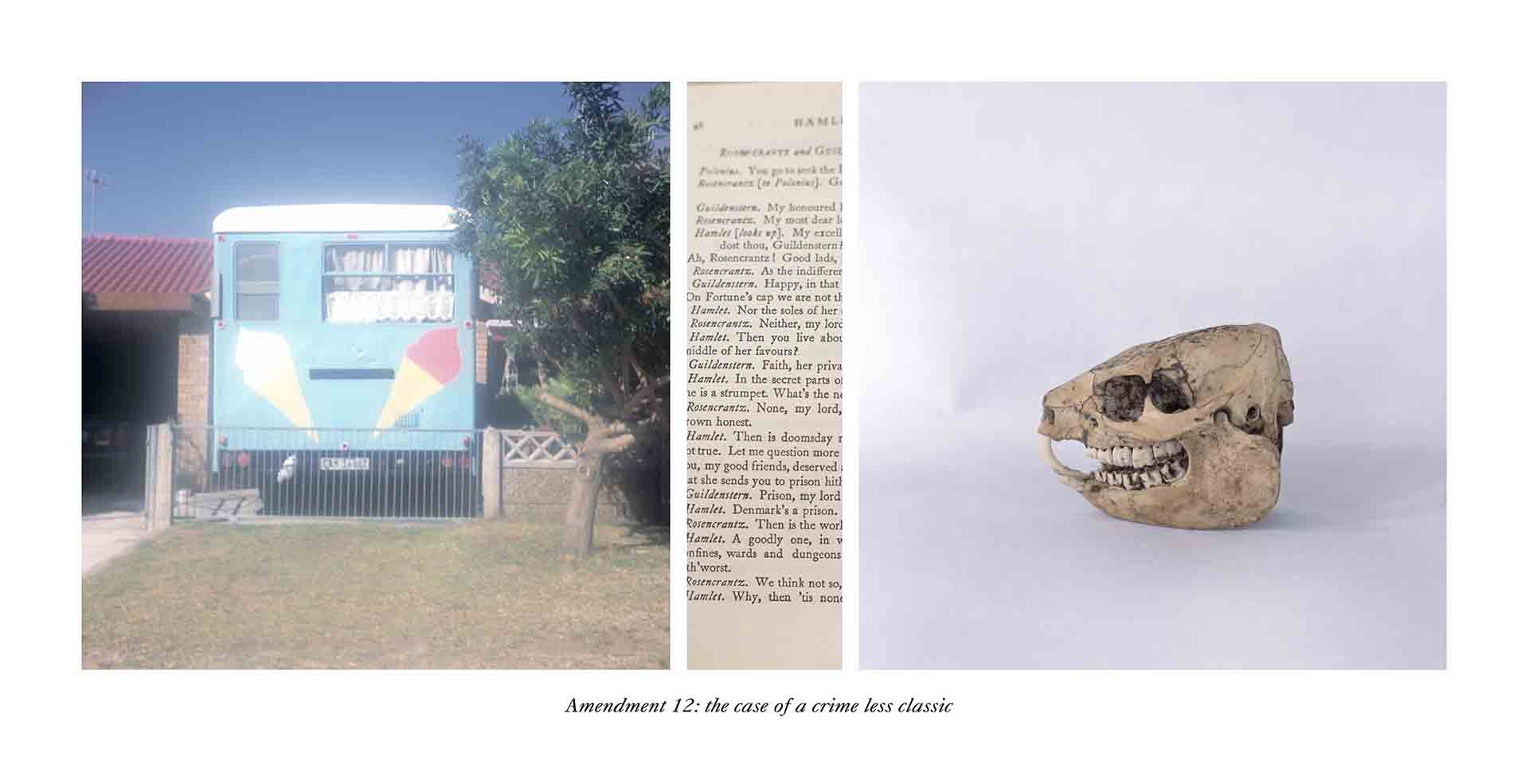 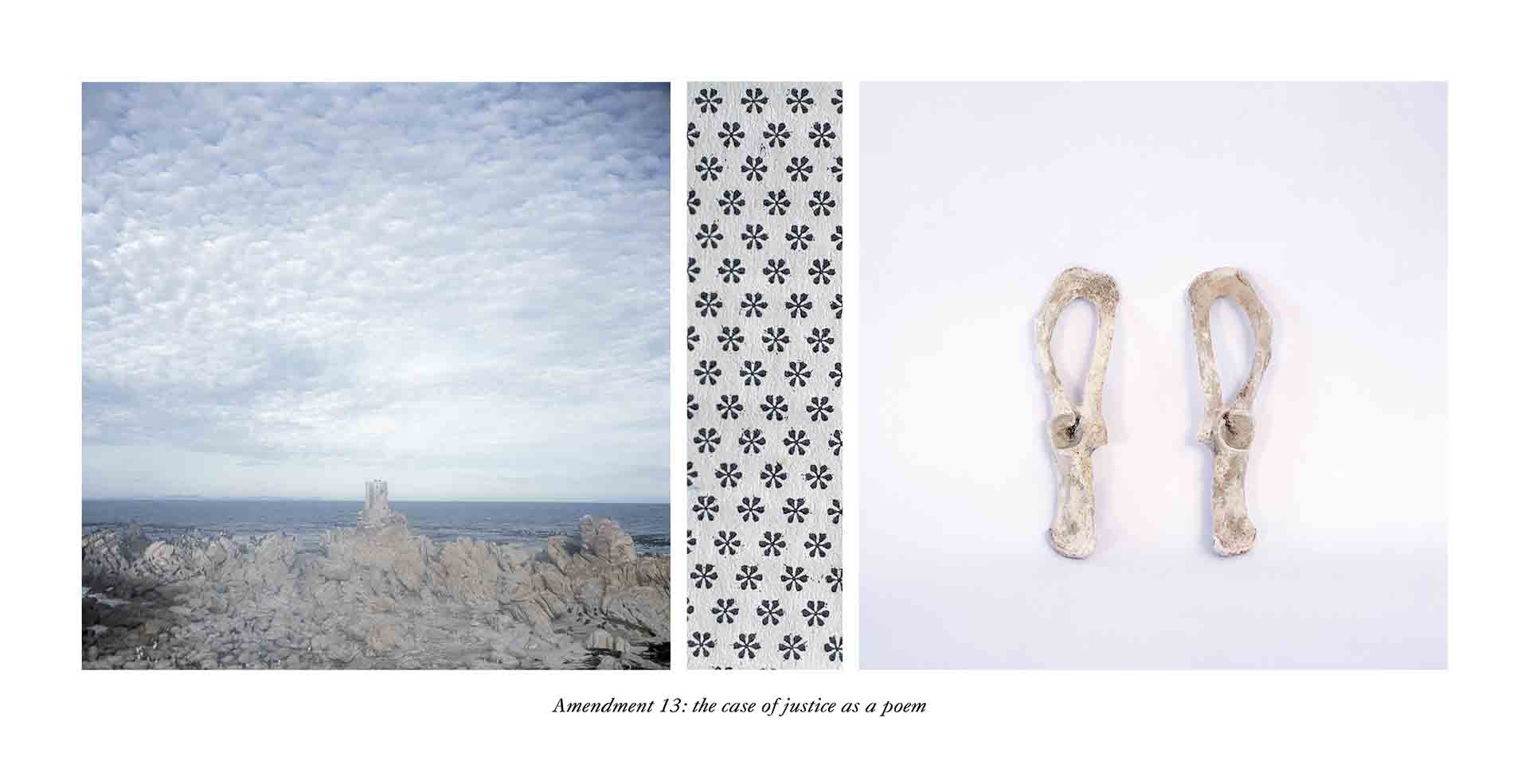 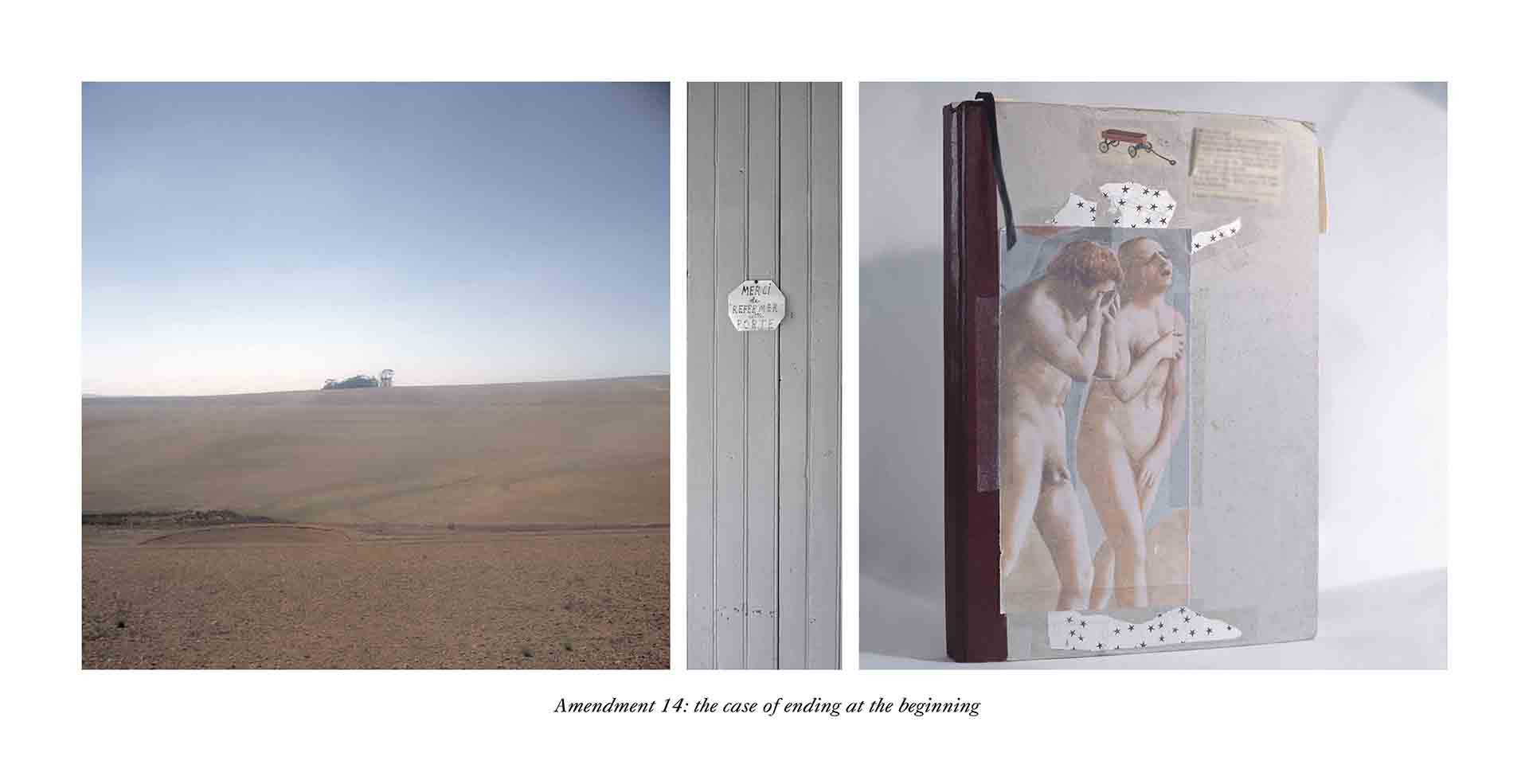