Radio Maria exists in two parts: the first half is a portfolio of images recorded with a 1940 Yashicaflex during a ecent residency in Florence, Italy. I stayed ina building facing the active Mercato di San Lorenzo and it was not long before the routine and hierarchy of this site became the focus of a new portfolio. After establishing a working relationship with some of the traders, I gradually became intrigued by the exerior of the stalls, rather than the cluttered interiors with their rows of David snowstorms and Botticelli ties.

The light filtering through sheets of canvas, implied a world of transience. It also reminded me of sacred rituals, of seclusion and of cryptic messages written by candlelight.

Dusk would vacate the site and as the cars disappeared down nearby streets, so Brunelesschi's dome of an unfinished basilica would become visible. raversing the Piazza, I encountered three Marys of whom the main protagonist is a silk trader, Maria Pezzatini, who in exchange for English lessons presented me with a red radio the size of a human heart.

The transmission was concluded when I finally arrived back home only to discover that an heirloom had been destroyed by clothes moths. As I stood with the burgundy fragments of what was once my grandmother's treasured evening dress, it elicited within me the same sense of wonder when, as a child, I would witness nightfall over my grandfather's cottonfields near Kimberley and I realised that this was signifying closure for Radio Maria.

In January 2002, I documented images from the life cycles of indigenous moths.

The links are subtle, perhaps even fractured: the silk route a disjecta membra between strained vowels, while at night the basiclica still waits for the moths who are still waiting to fly. 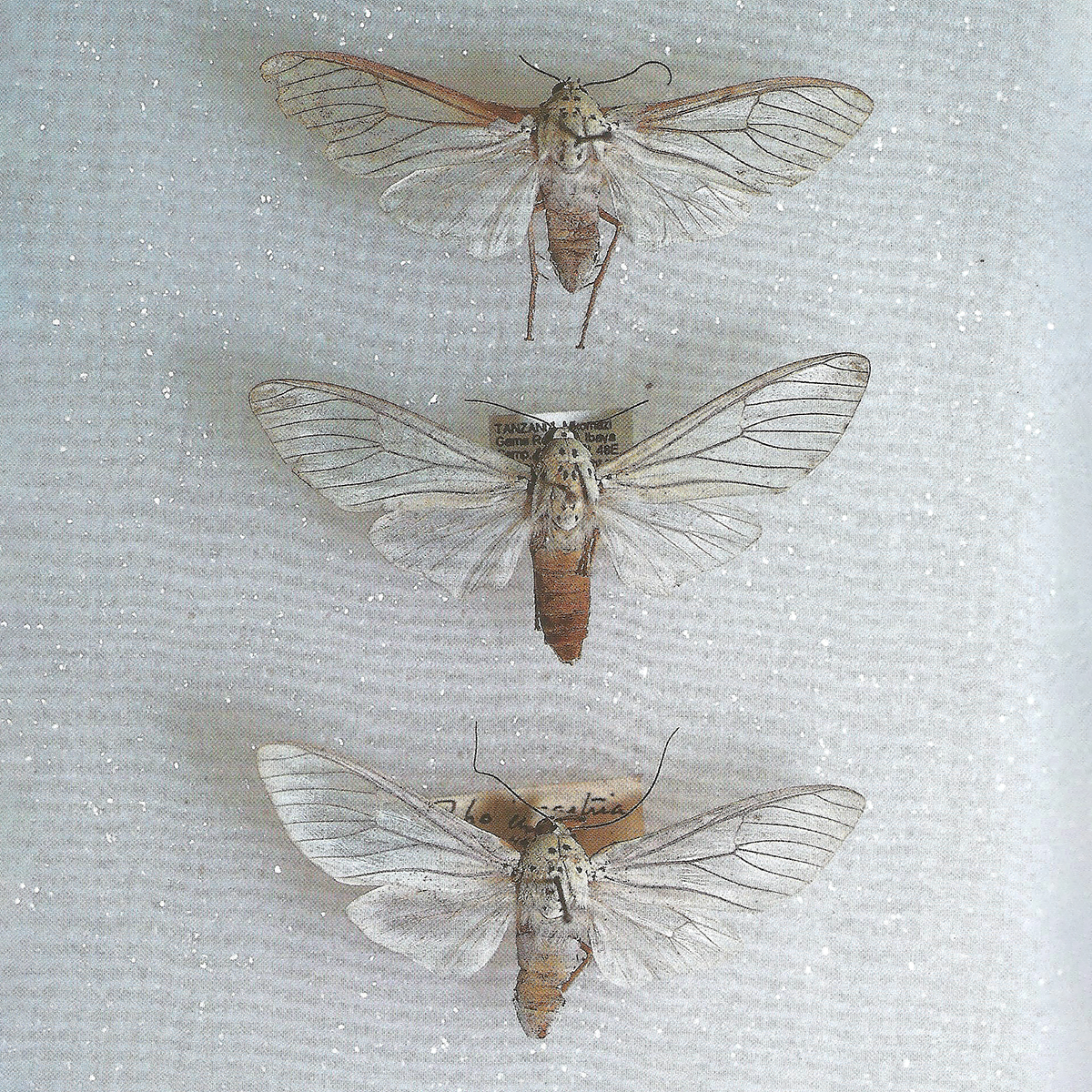 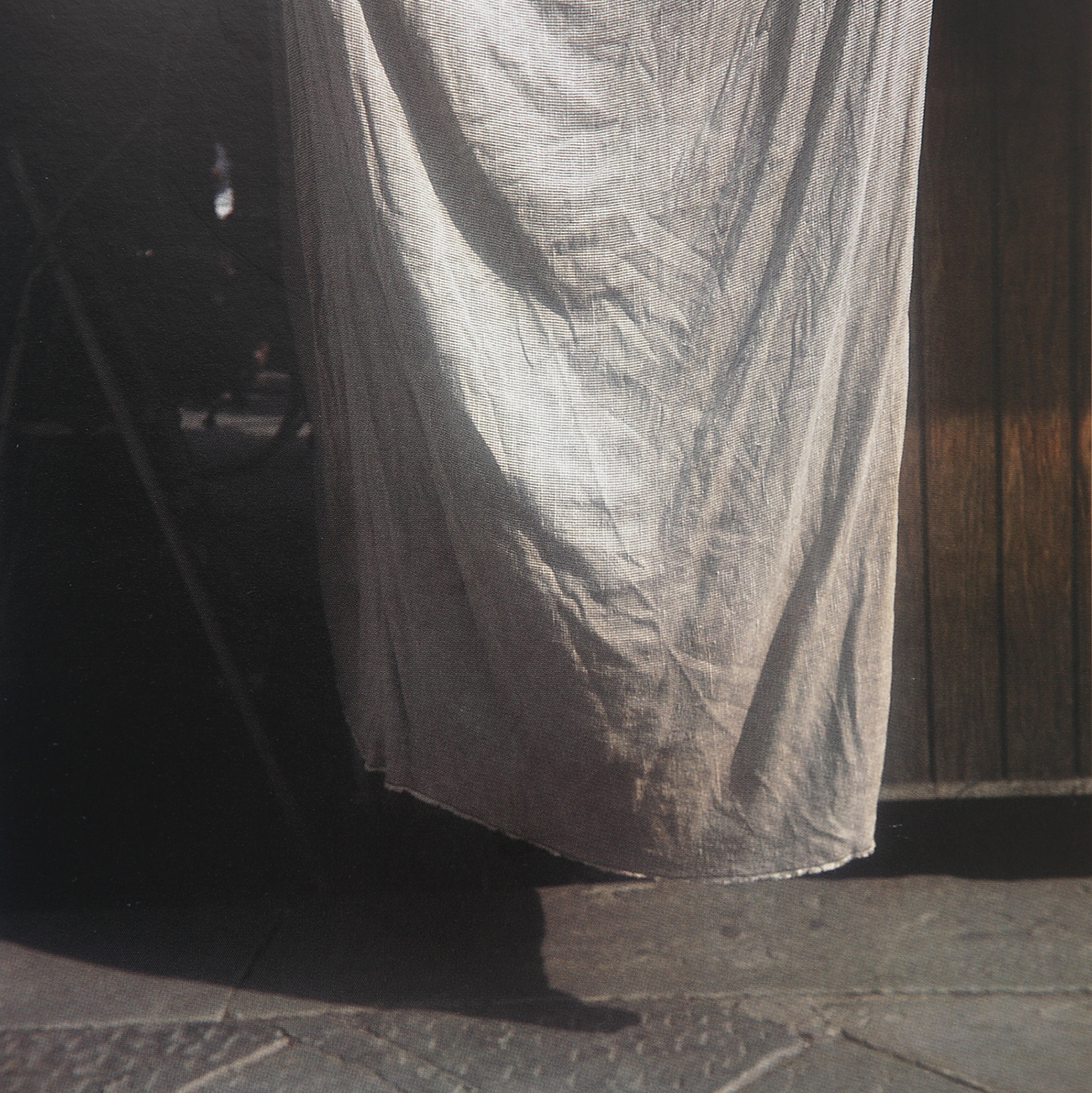 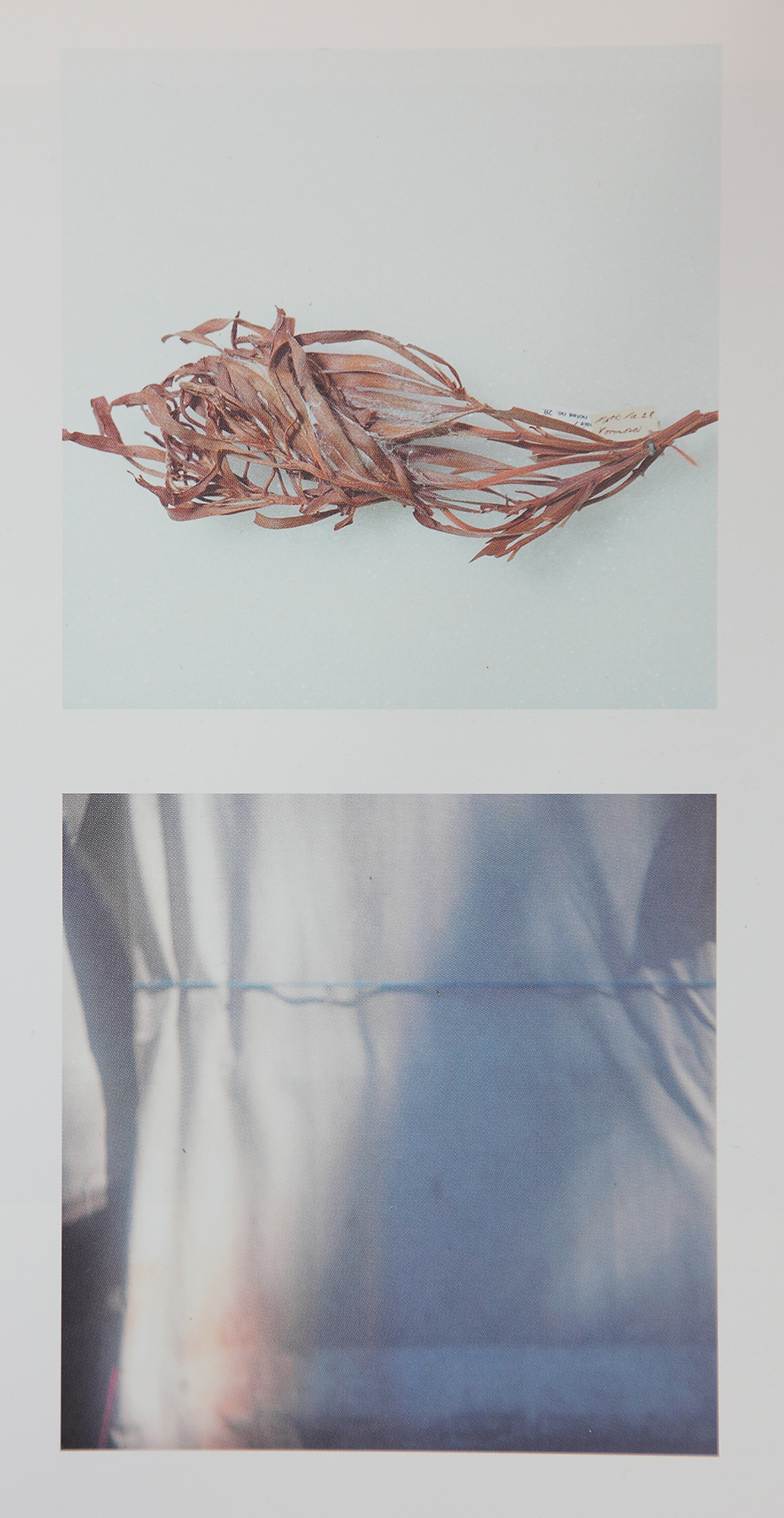 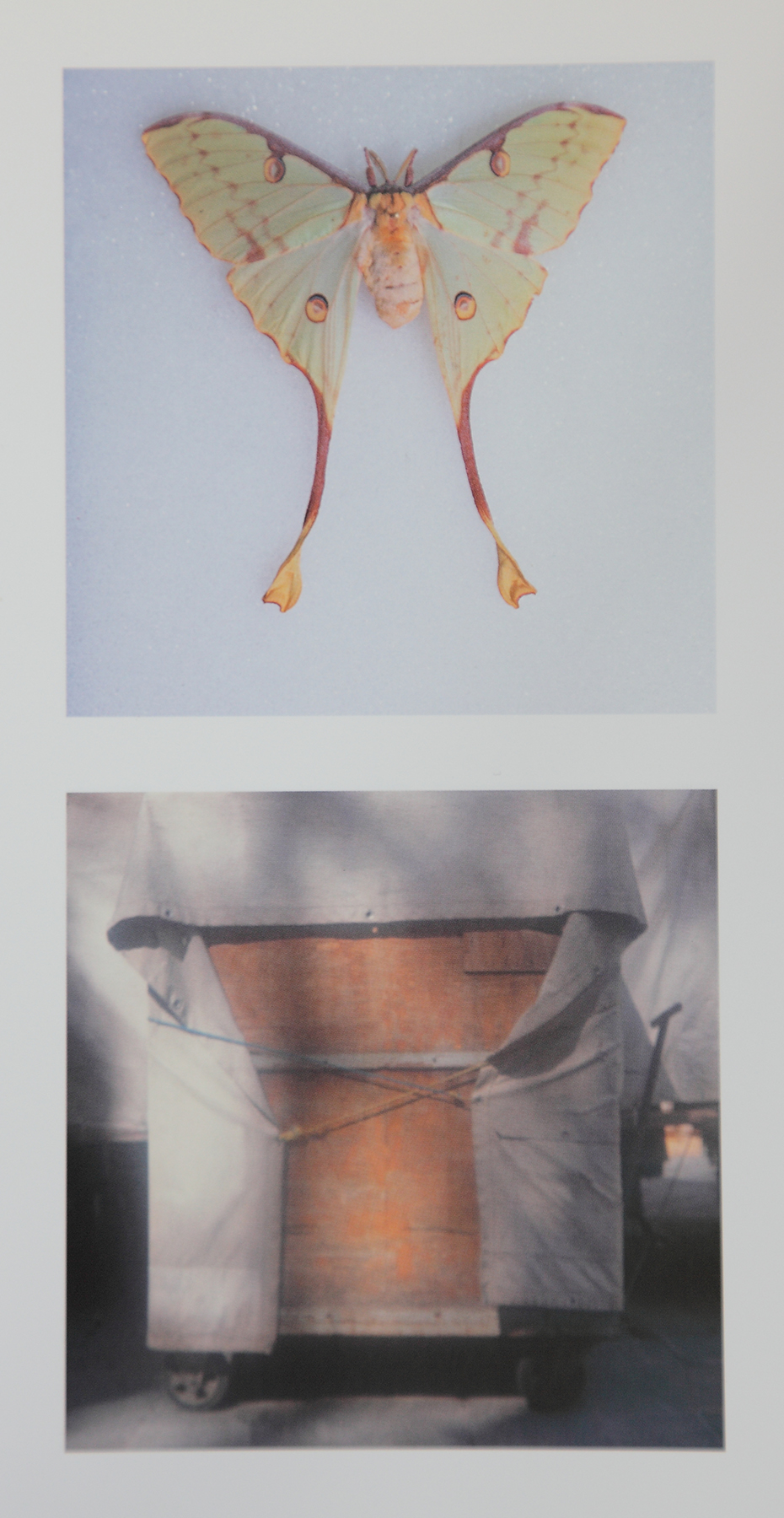 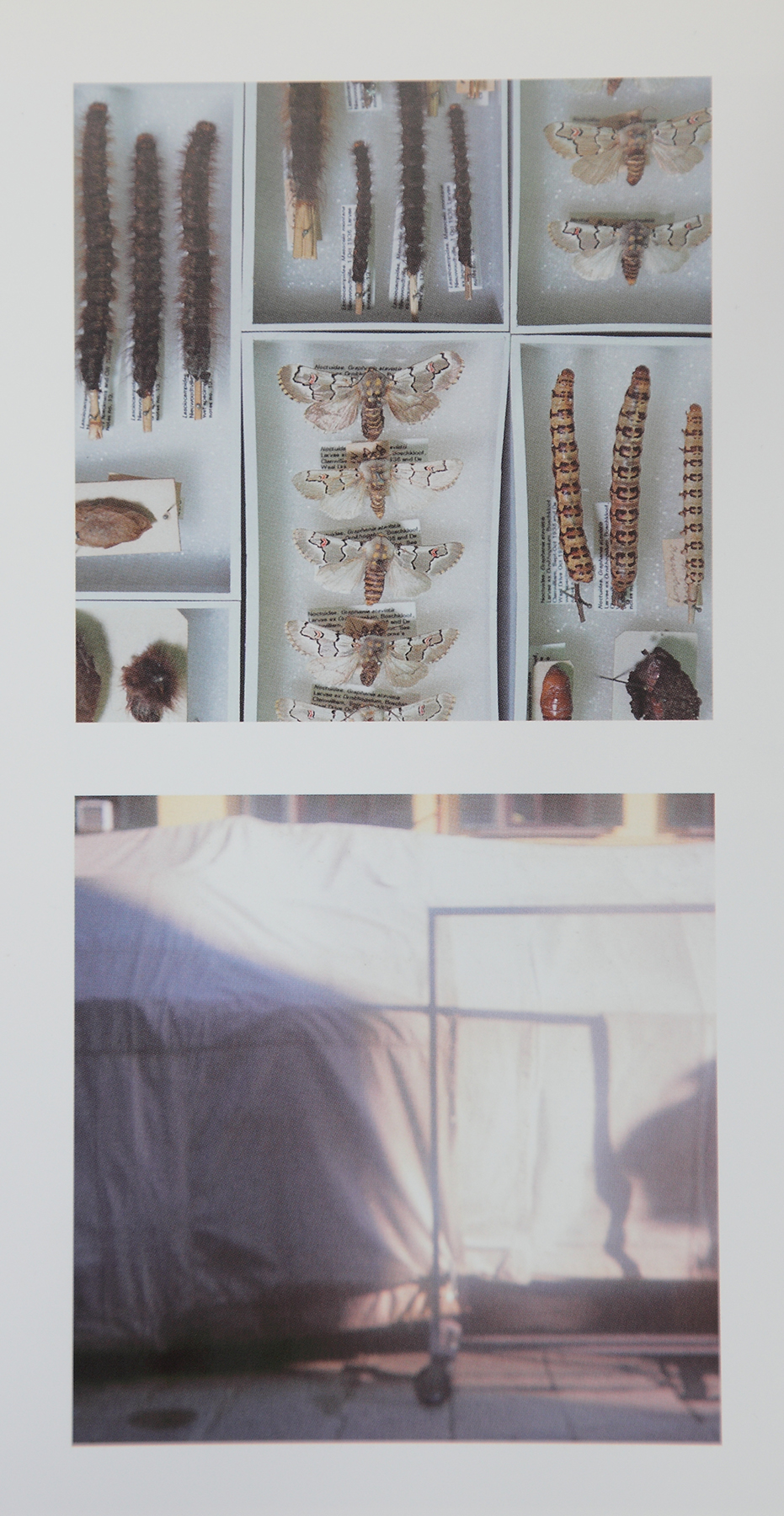 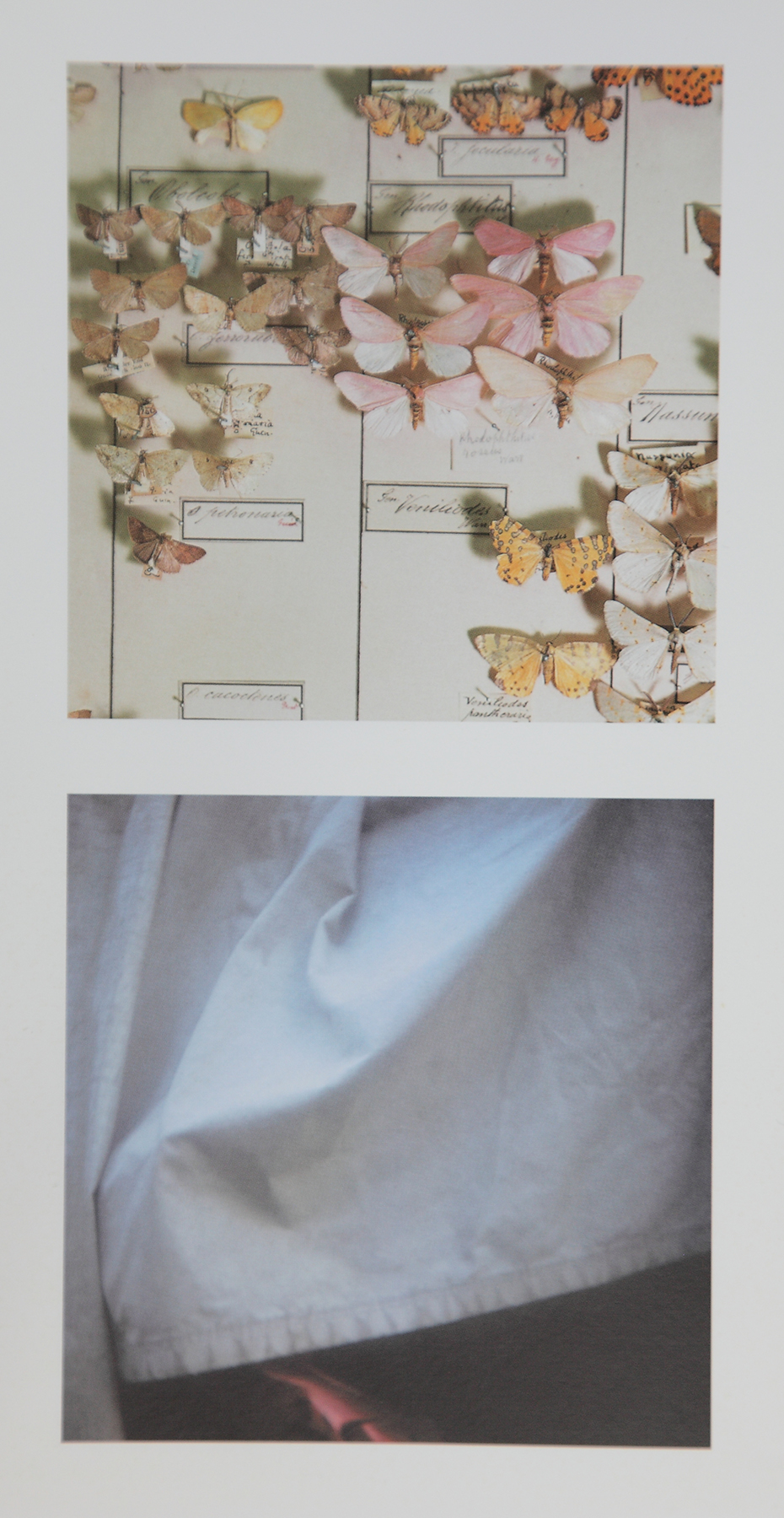 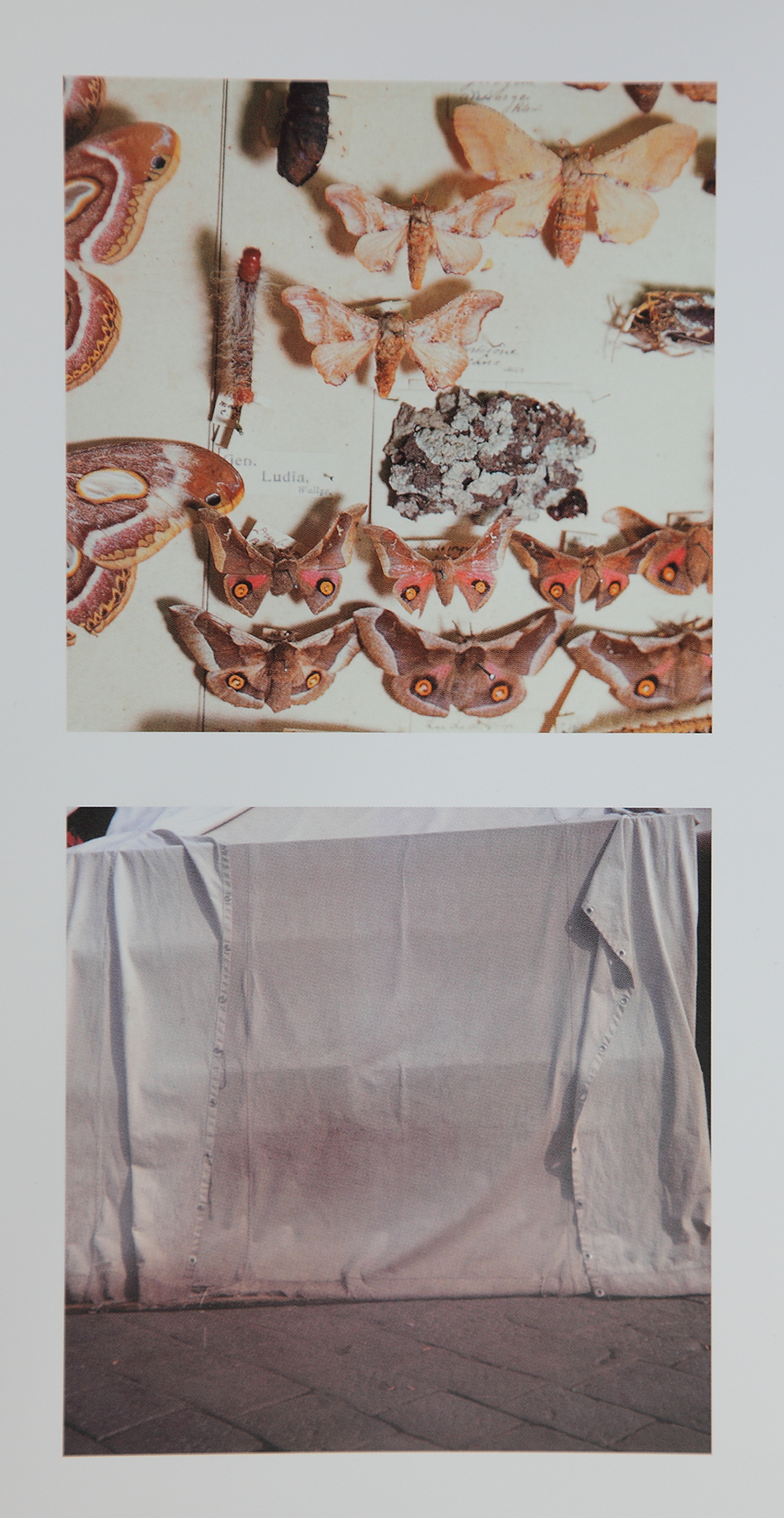 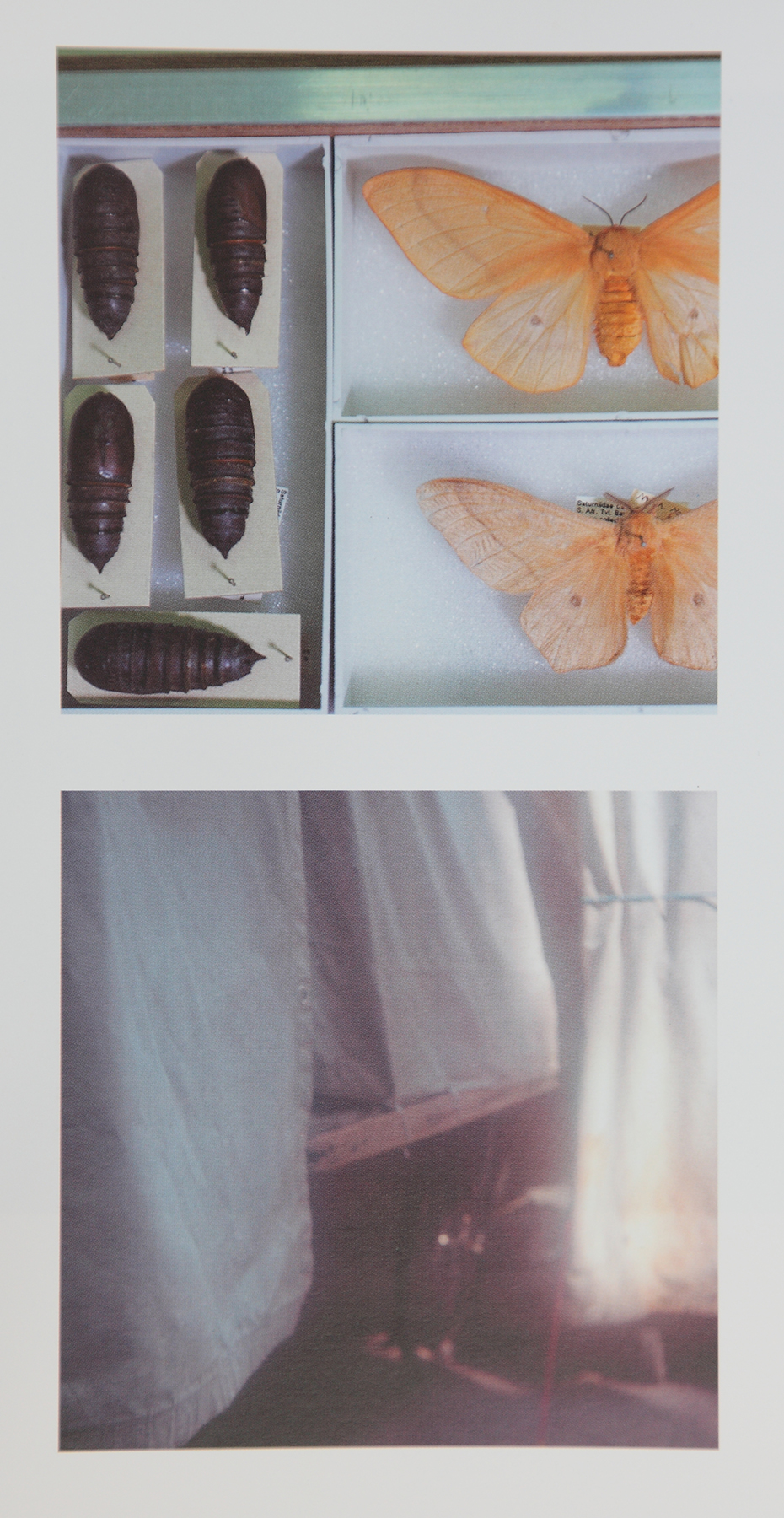 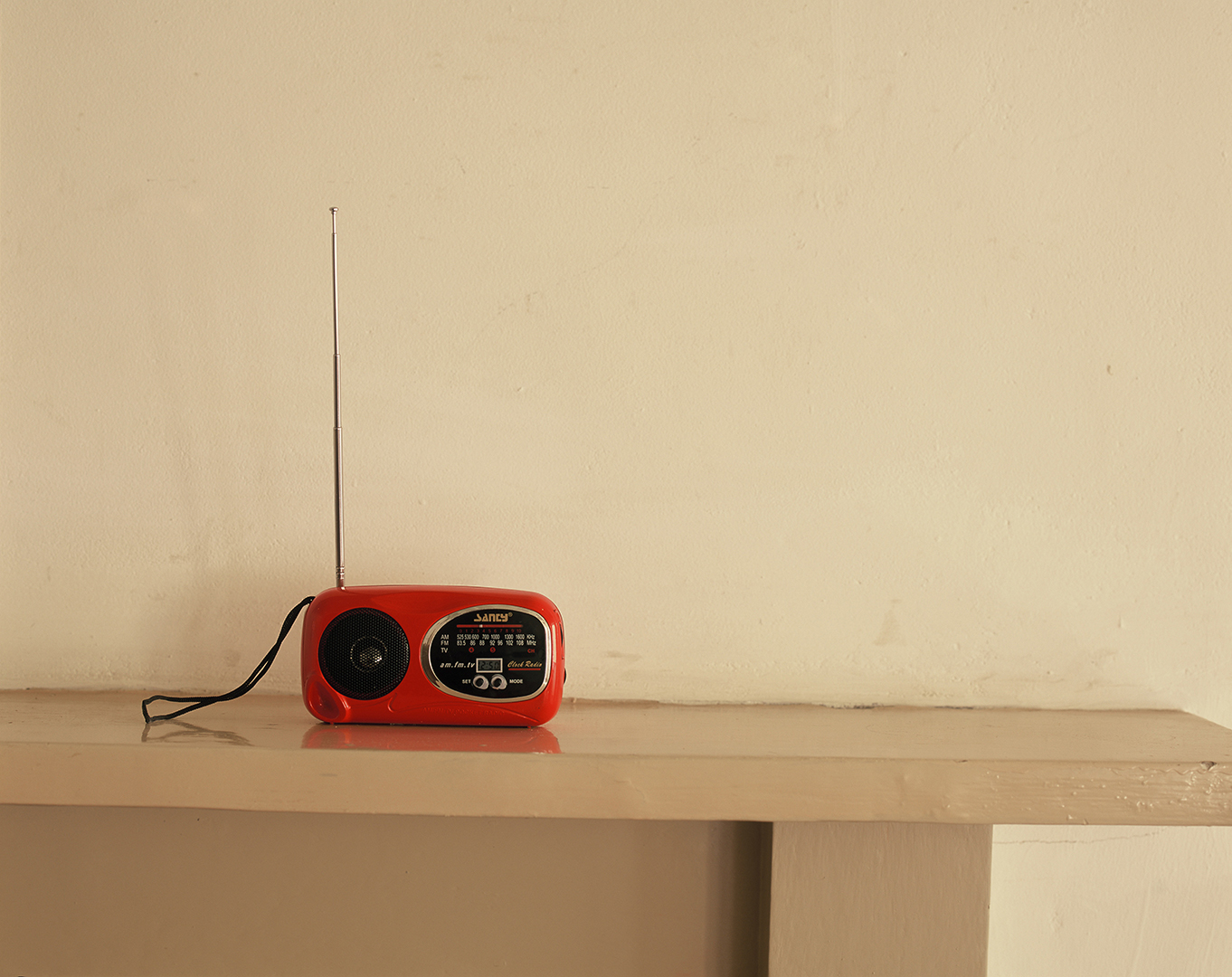 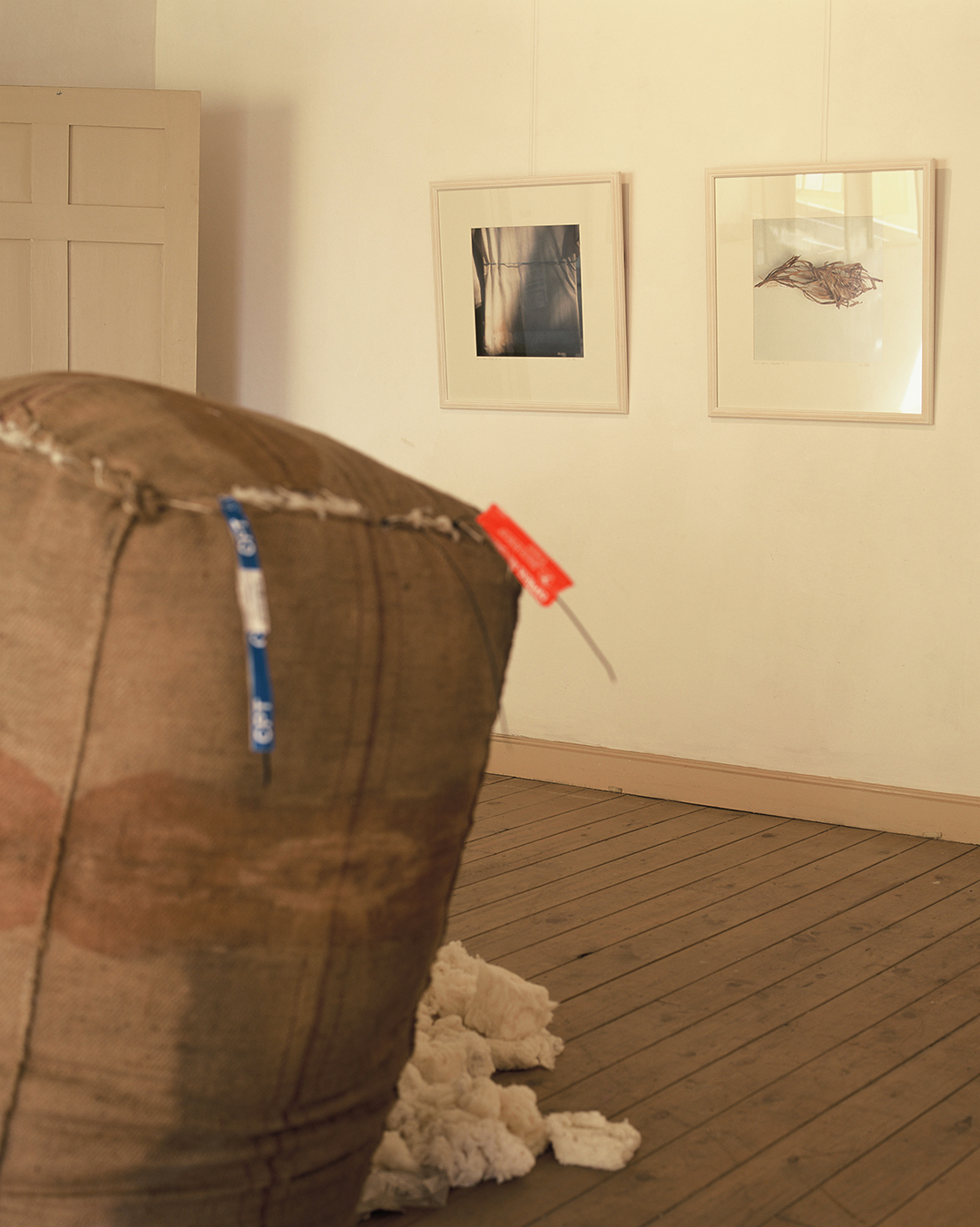 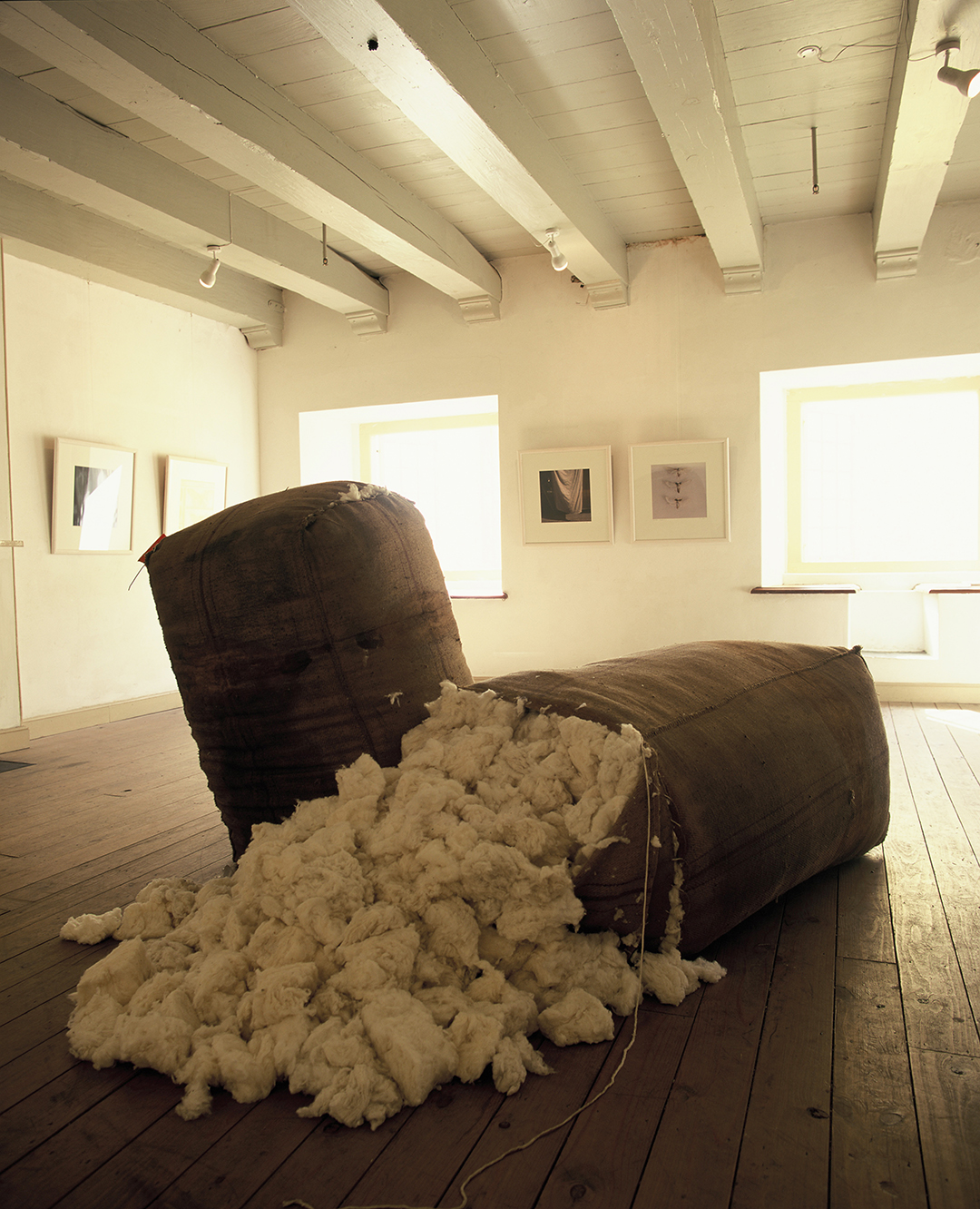 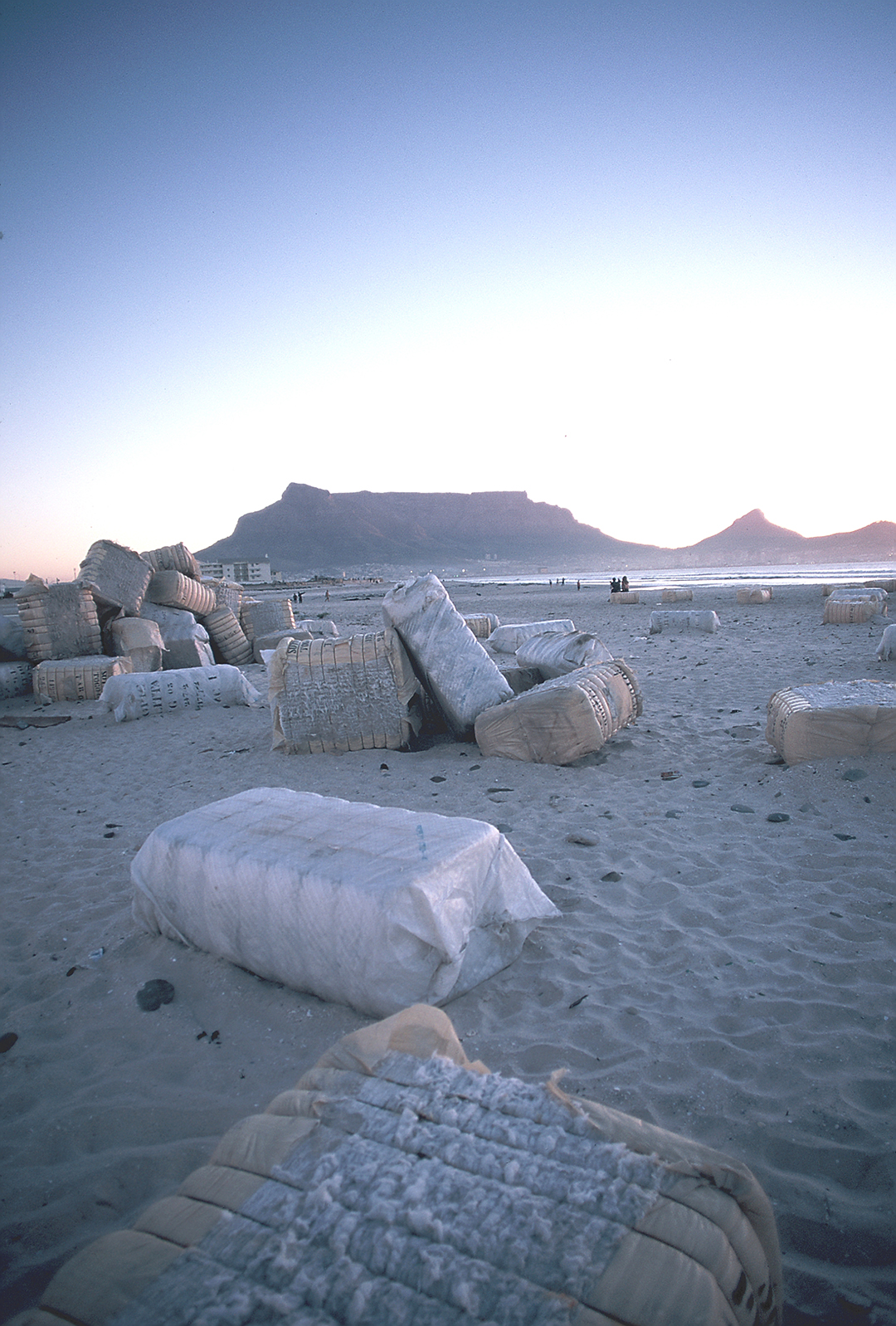 Cotton cargo washed up on Bloubergstrand in April 2002