Wonderboom, published in 2015, is my first novel and this format offered me the opportunity of synchronising my two main concerns as a lens-based artist i.e image and text. In this contained “narrative” is the summary of my 30-year experience as an artist living and working in South Africa. Wonderboom could thus be regarded as the culmination of my artistic sensibility up to this point. Each of the eighteen chapters in Wonderboom opens with a ‘disintegrating’ visual collage, which can be interpreted as a ‘stand-alone’ body of work but also as visual subtext for the plot of the novel.
Wonderboom is a singularly succinct and appropriate body of work which, as far as I am aware, offers a unique approach in contemporary art practice, which has not been endeavoured to this degree. Not only are the 18 composite, accompanying photographic constructions a map to the reading of the text but it is inherently reflective of the nature of photography as a means to preserve and document a life/event in order to contain it for the future viewer.
The response to Wonderboom and the subsequent Dutch translation of the work, further acknowledges this as a visual/text document reflecting our critical time.

Abstract
Wonderboom (Wondertree) could be considered as a dystopic novel that takes place in a post-apocalyptic era within the South African landscape. It is the time of disillusioned citizens and access to most resources is limited, except for the plutocrats. The result is that the division between the haves and have-nots is more severe than ever before and is particularly evident along the fringes of society. The protagonist, Magriet Vos, is a fifty-year-old violinist whose memory is disintegrating. Due to the fact that she is a regular performer at the ‘court’ of the despotic ruler Albino X, her impending mental incompetence pitches her at a knife’s edge, because when she will no longer be able to master her art, Albino X will have her killed and dispatched to the taxidermist in order to extend his diorama.

Further to this, she has virtually no friends or relatives left in the coastal village where she lives, and she is thus compelled to migrate north, back to the Magaliesberg and the last members of her clan. Vos raids her past in a desperate attempt to survive the post-revolutionary wasteland in the hope of arriving ‘home’ safely. The text fluctuates between the territory of memoir and travelogue as the journey progresses and her sense of consciousness starts to dissipate. Aspects of her musical craft, such as rhythm, tone and tempo are synthesised in the structure of the novel. Further to this, careful consideration was given to references to existing texts by particular authors, serving the purpose of either parody or elegy. Vos’ journey commences in Betty’s Bay on the southern coast of South Africa and unfolds through four voices or perspectives:
- The main narrator (illuminating the idiosyncratic viewpoint of Magriet Vos)
- Magriet’s diary (memoir)
- Encyclopedia (endnotes)
- Disintegrating photo texts: a series of constructions/collages, which serves as introduction to each chapter and refers to the ‘image sequence’ of the British photographer Eadweard James Muybridge (1830-1904) and which is here applied as dismantling device to allow text and image to dovetail. The tree is a central metaphor − both as axis in nature and as archaic source of ‘knowledge of good and evil.’ 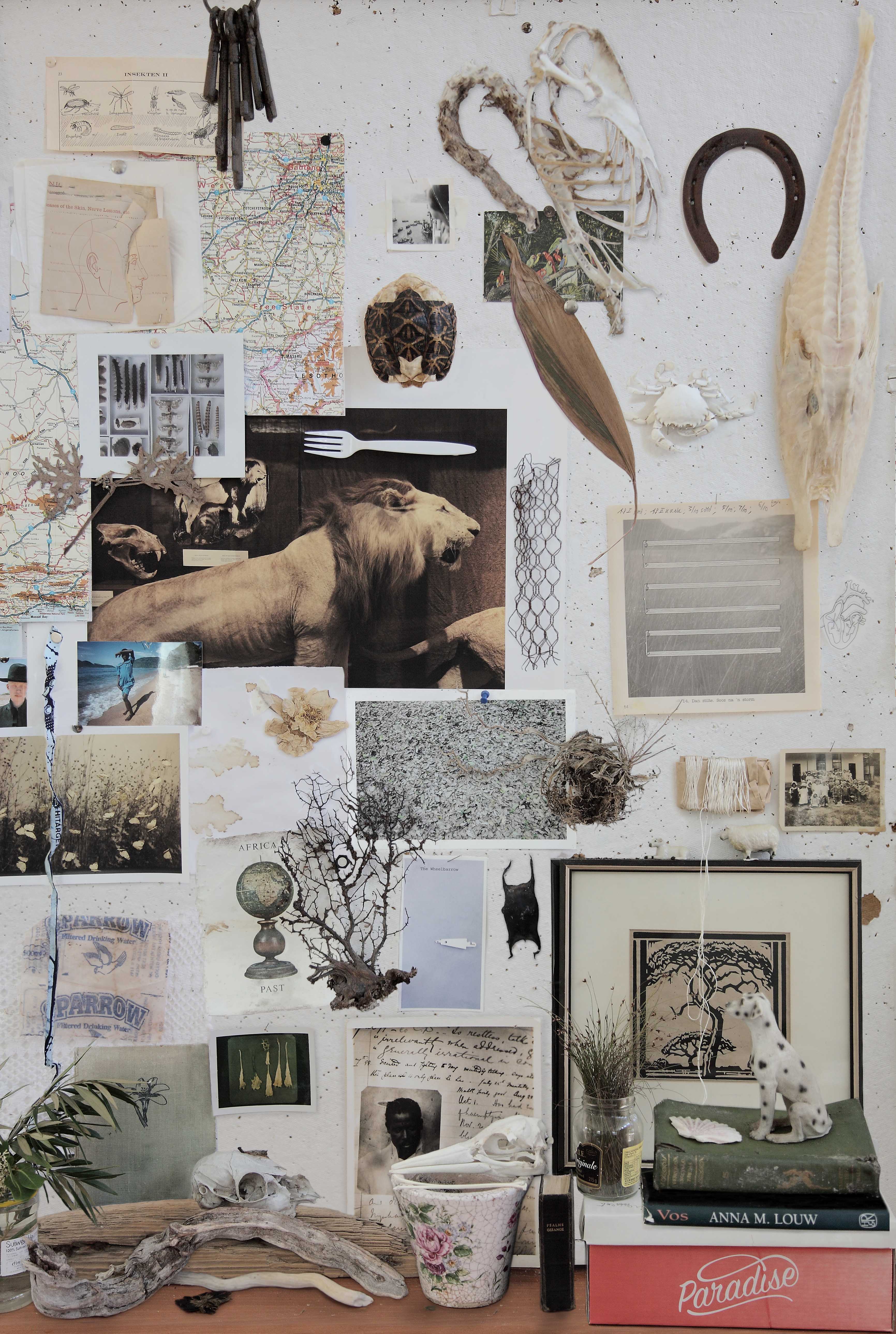 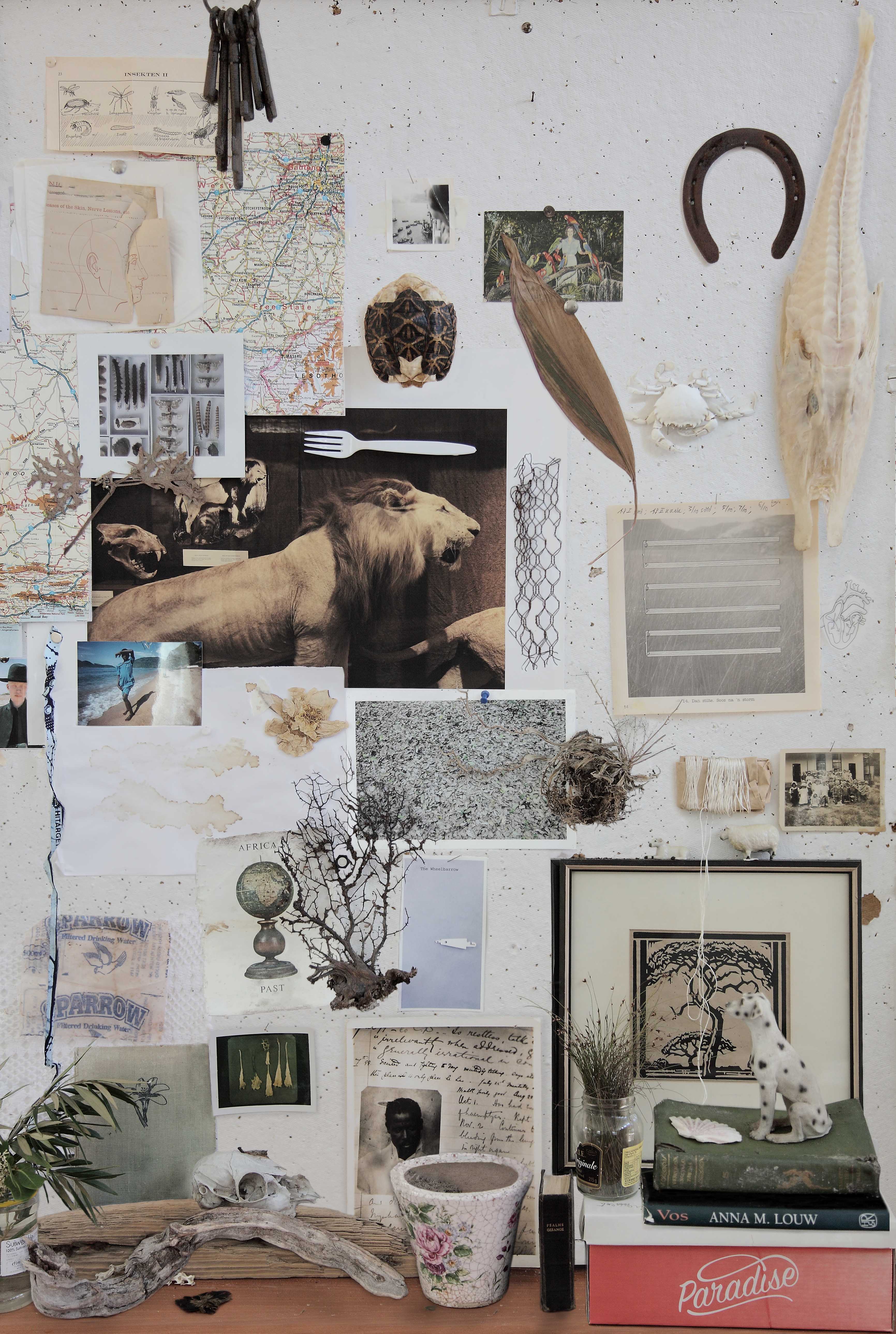 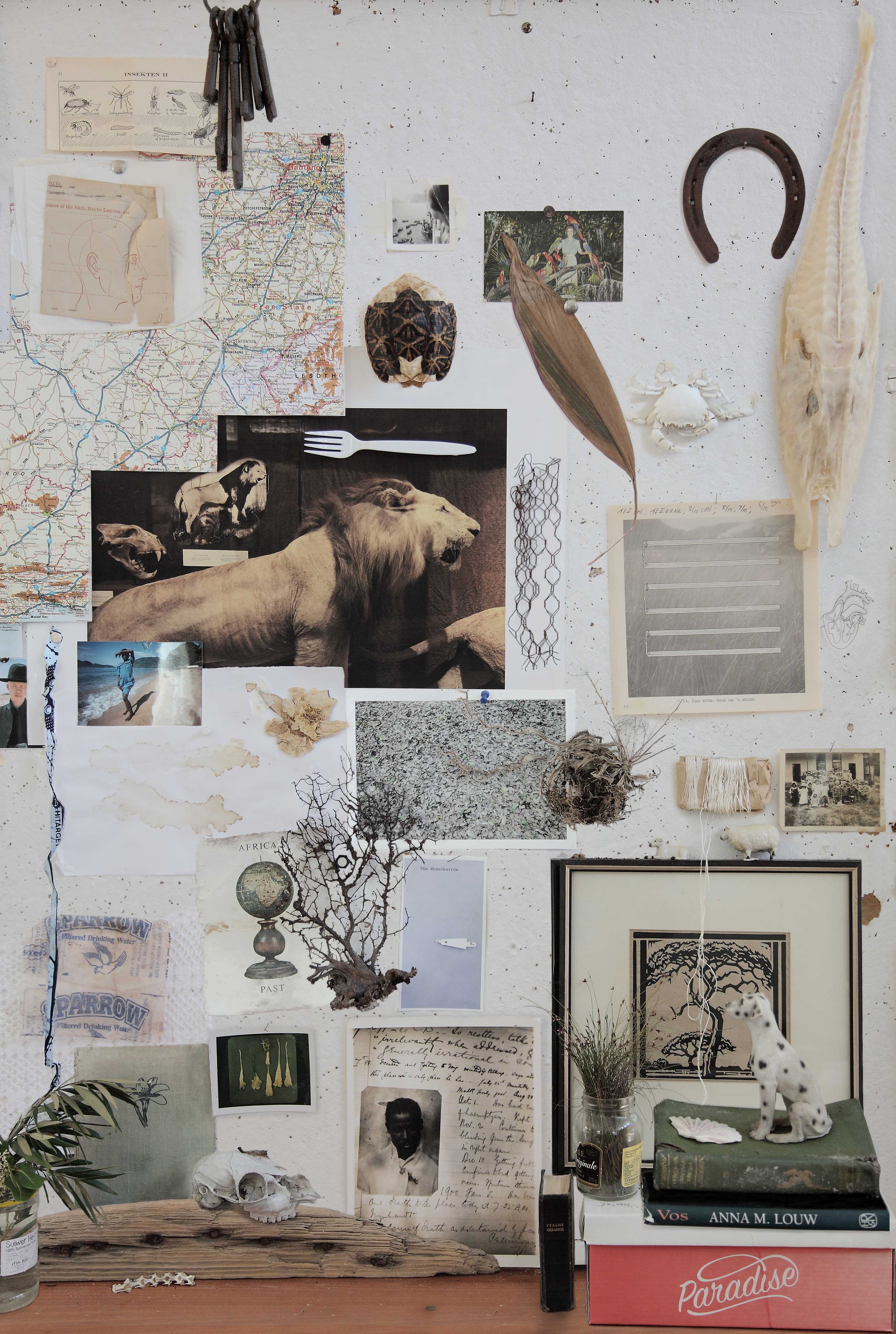 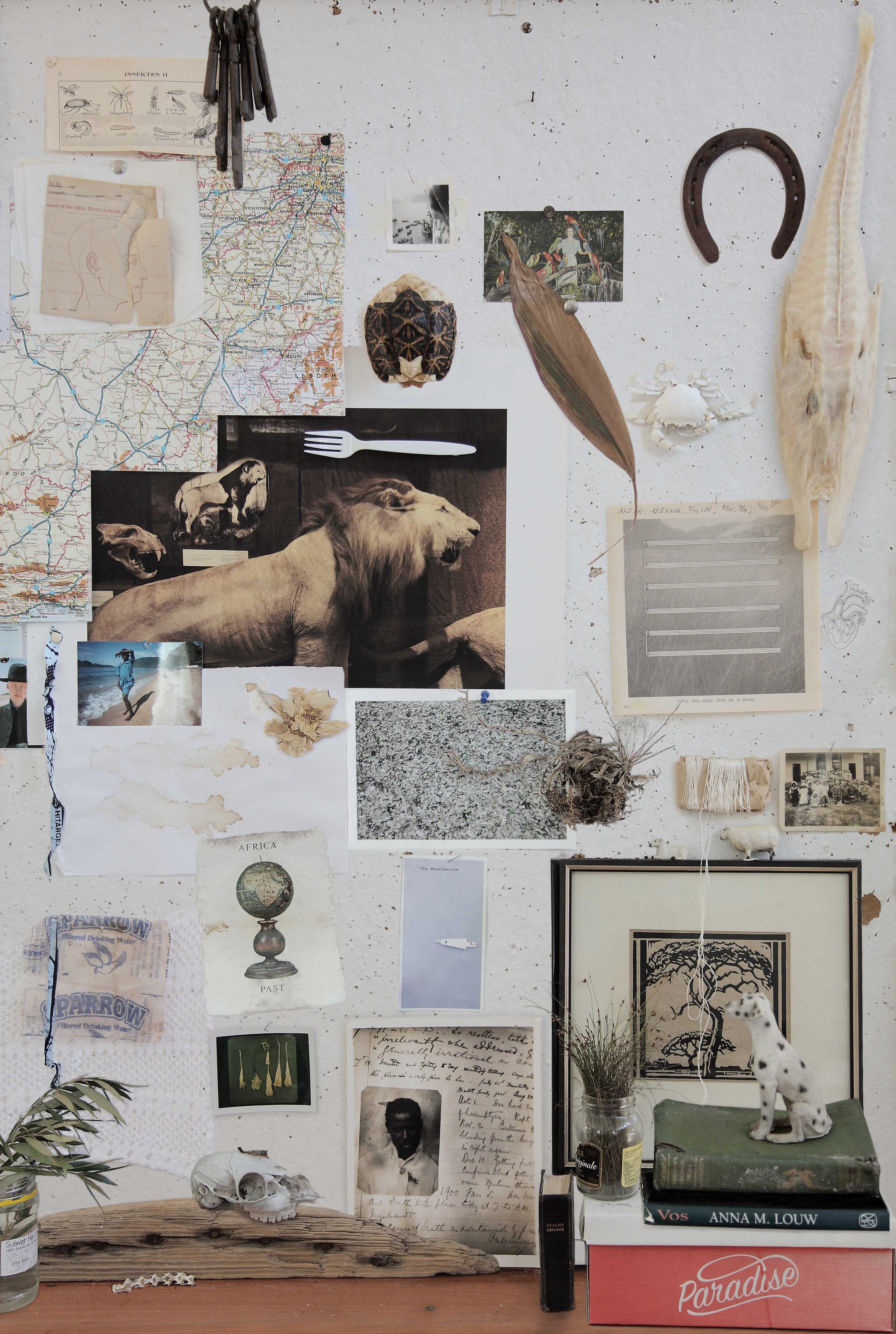 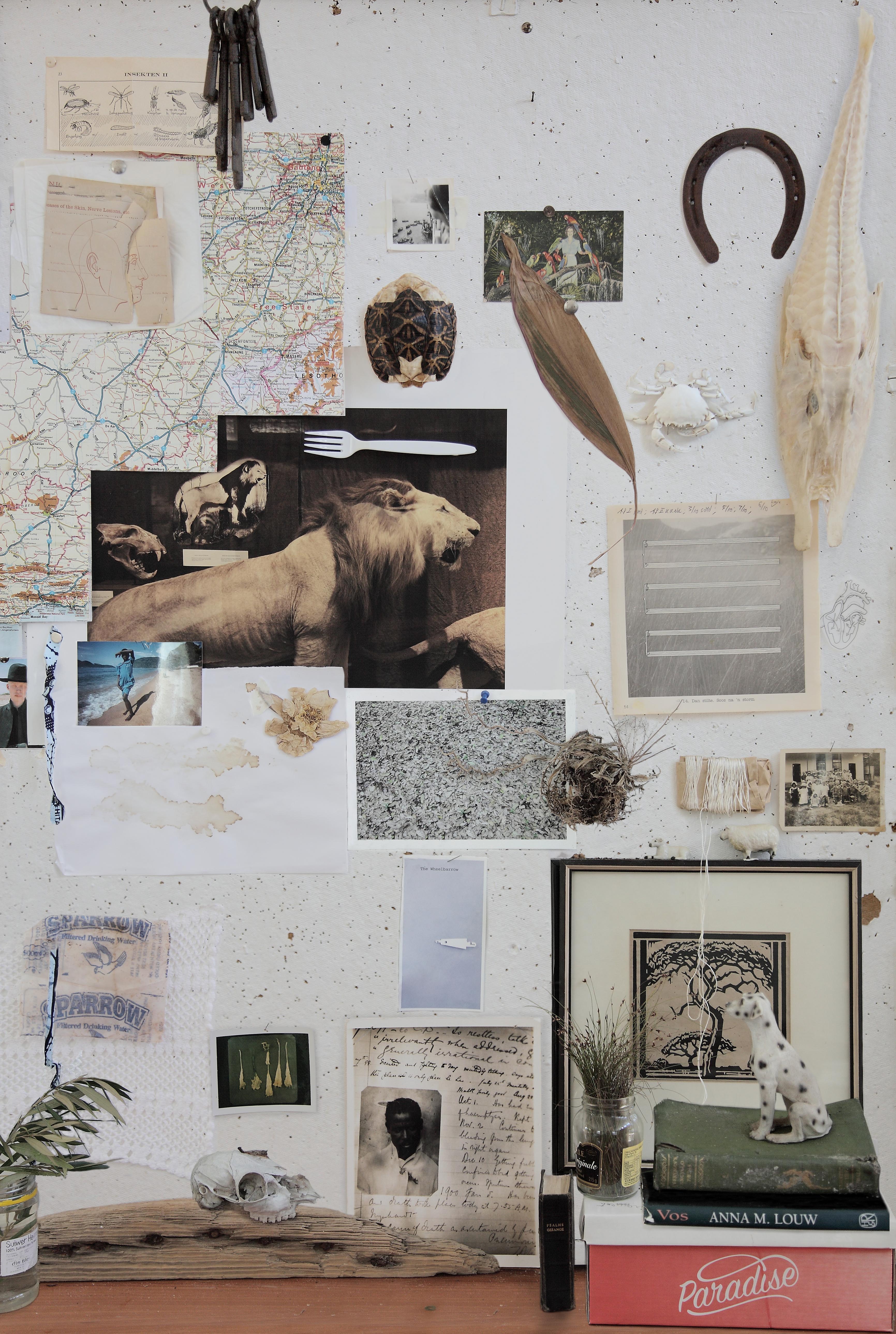 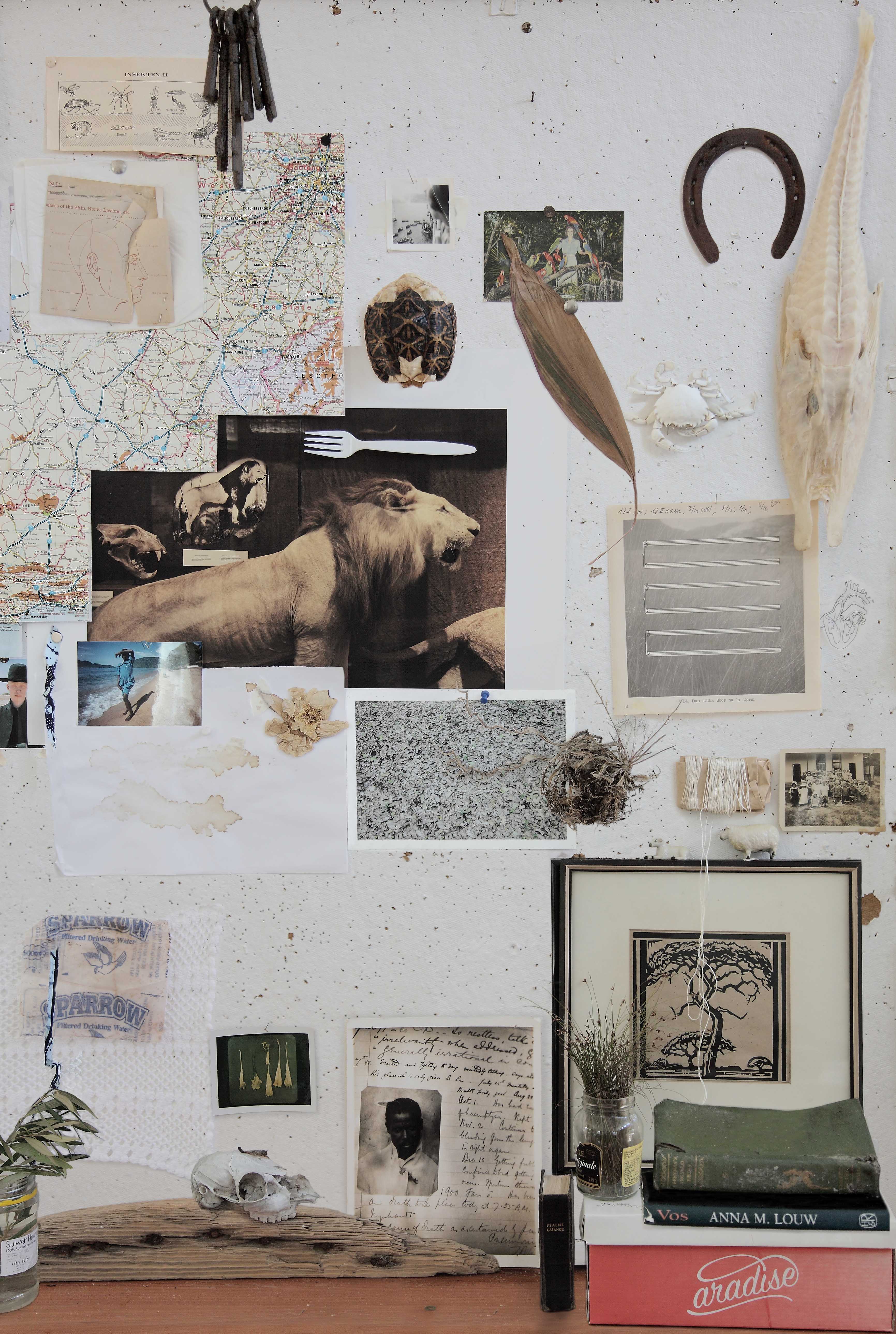 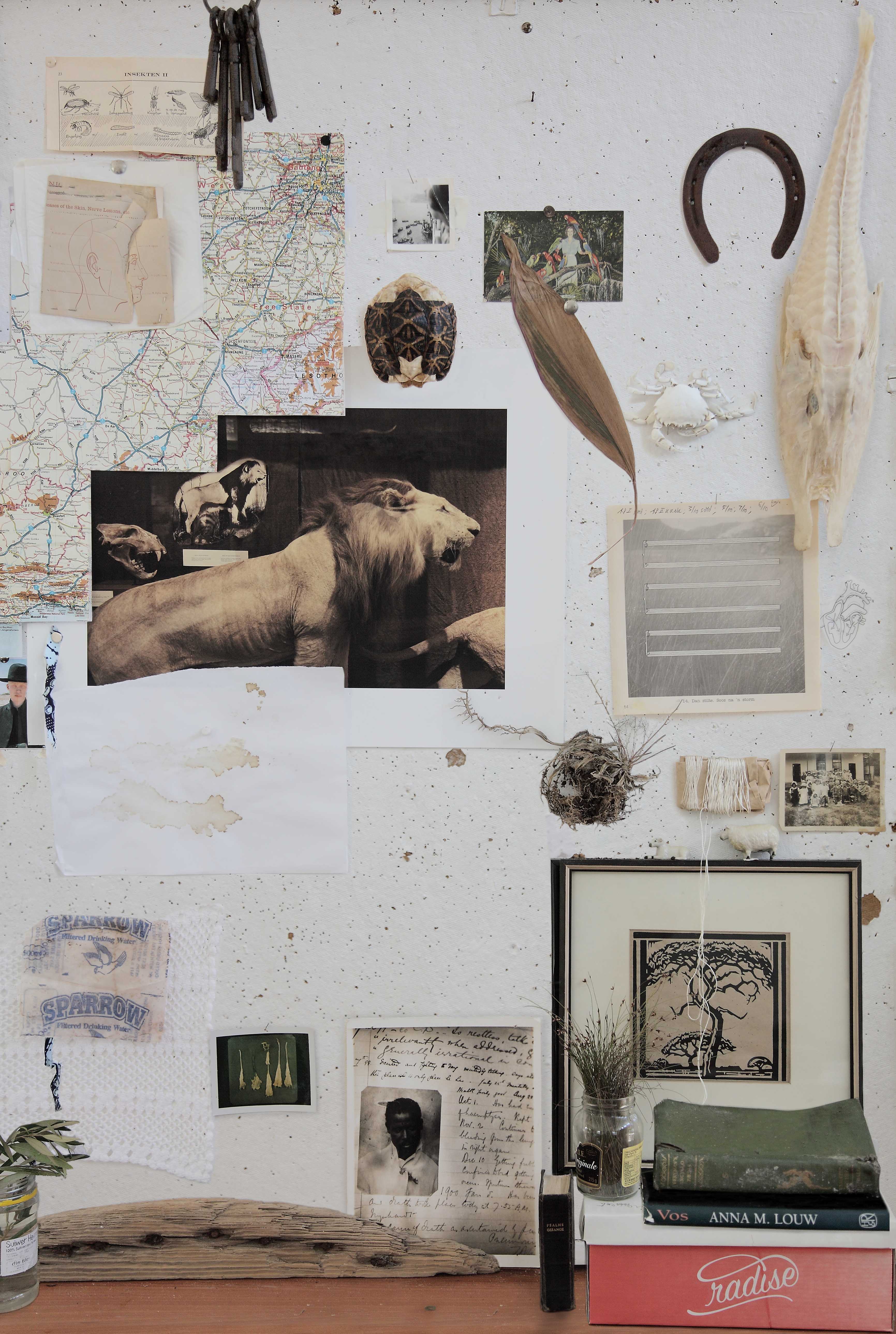 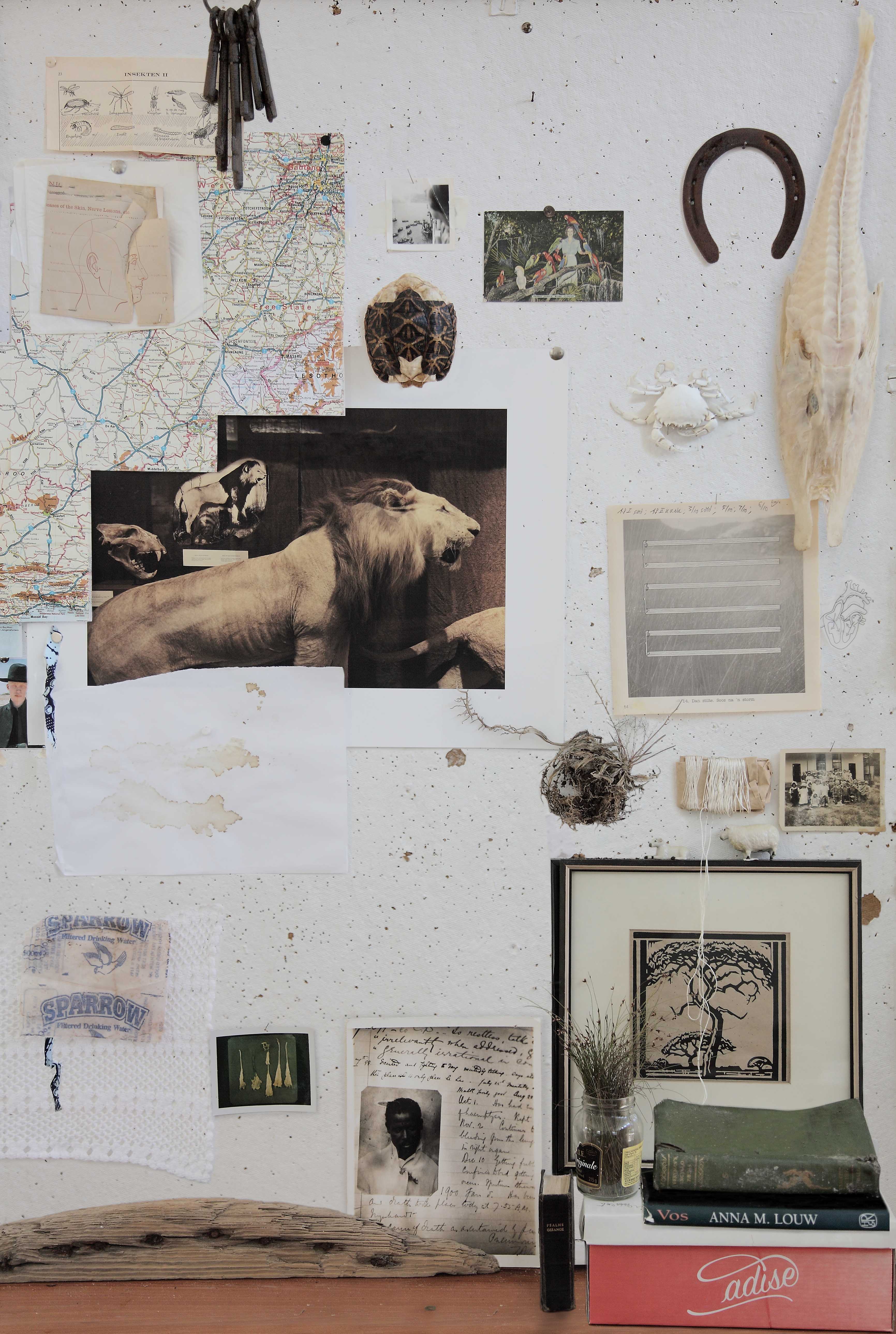 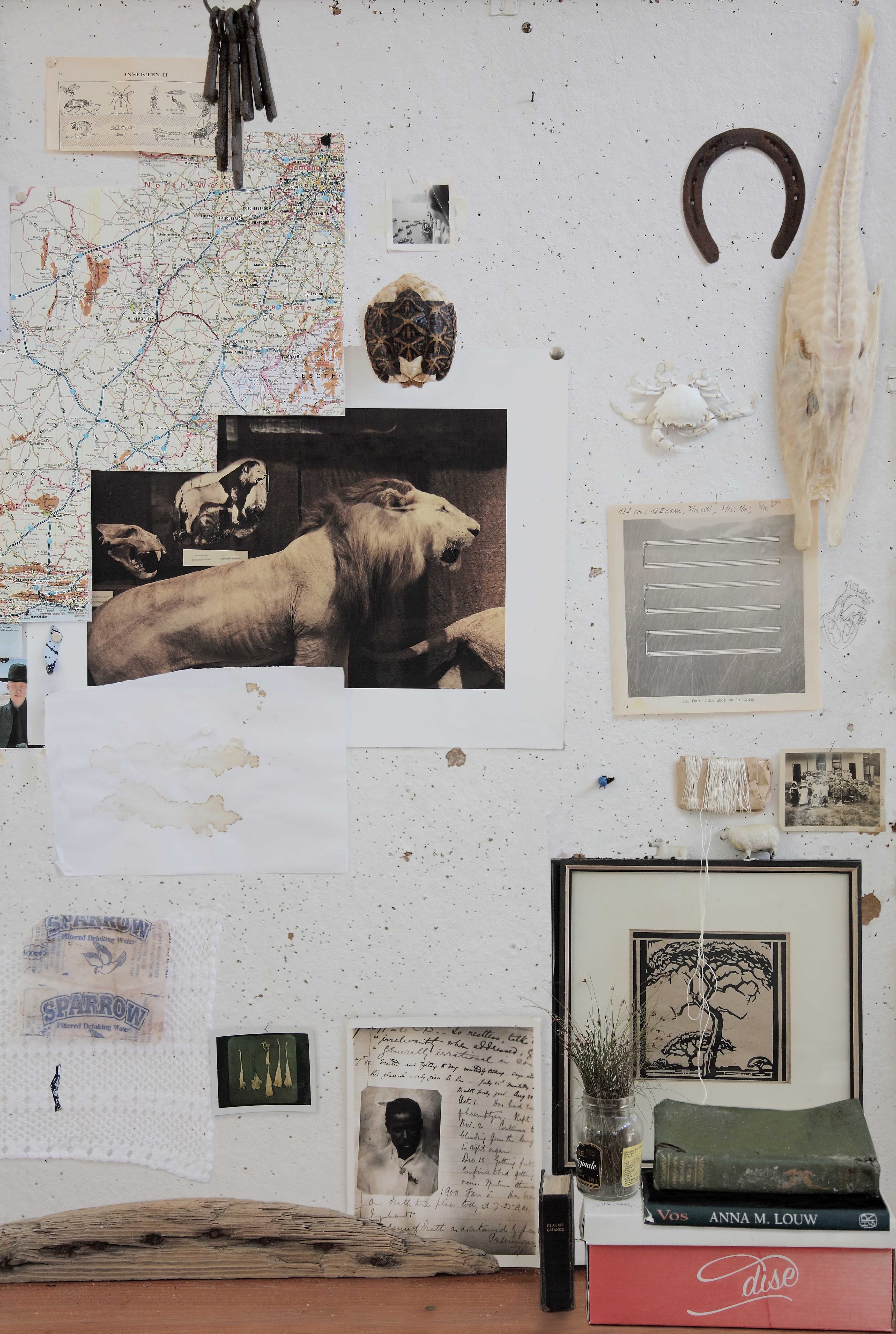 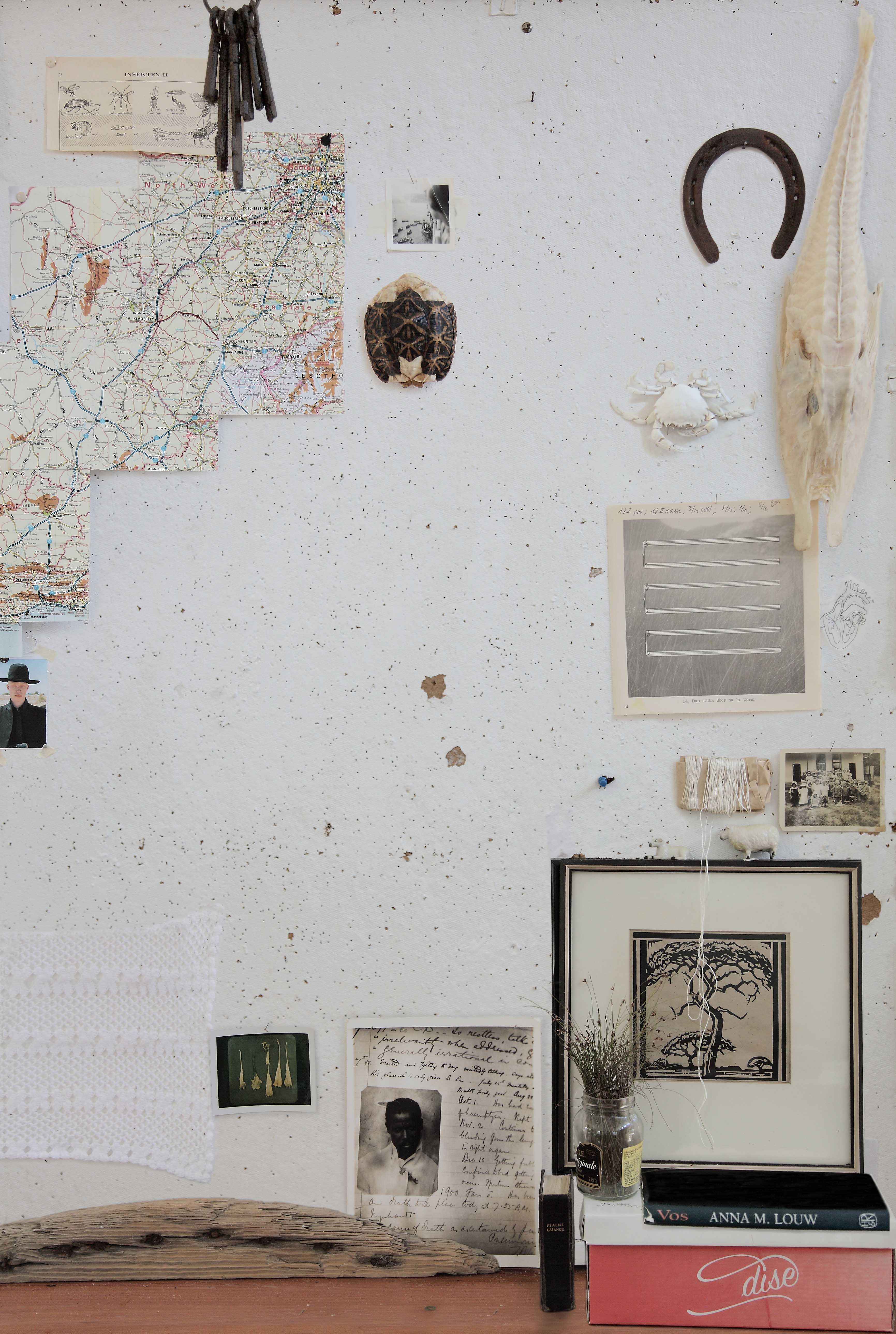 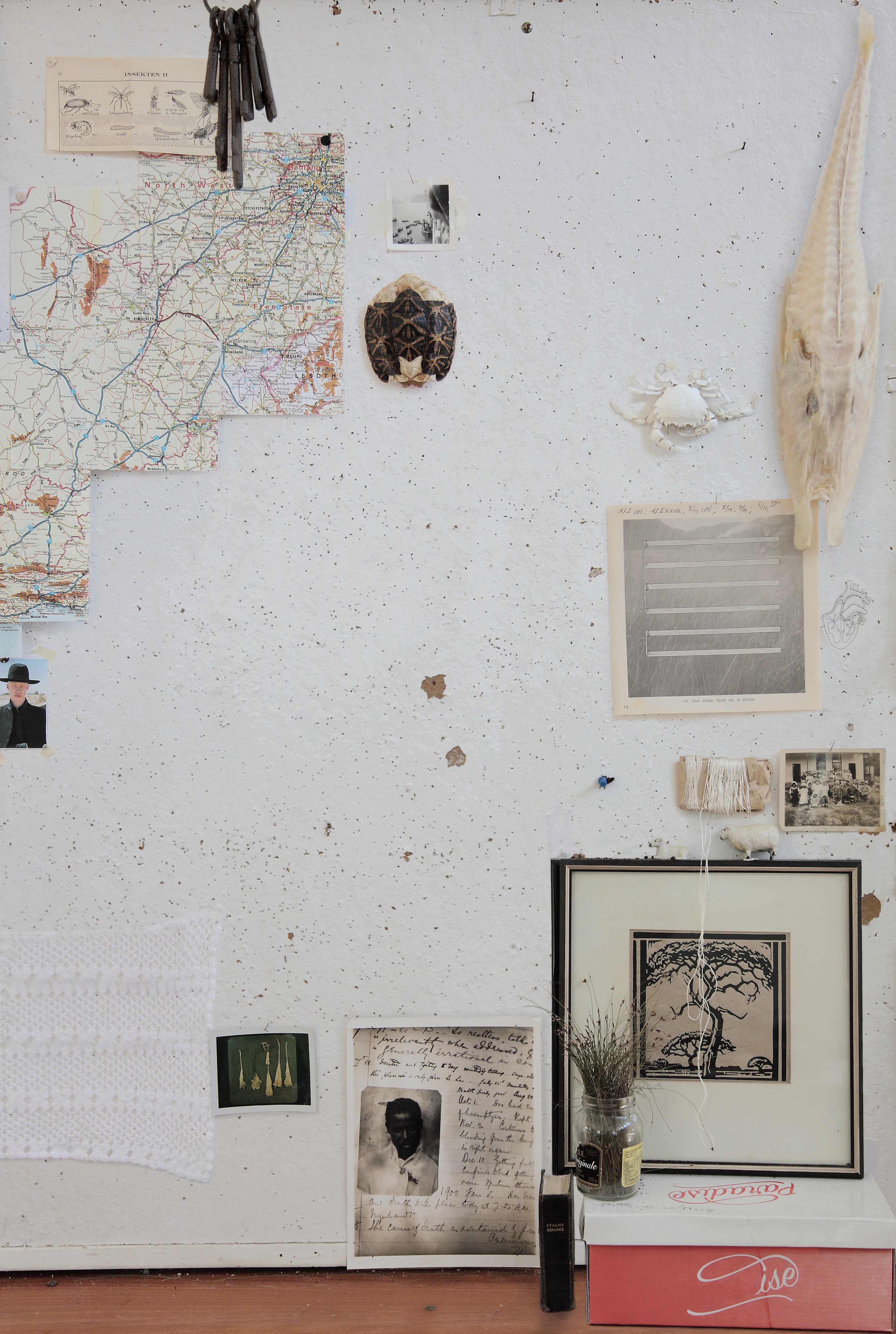 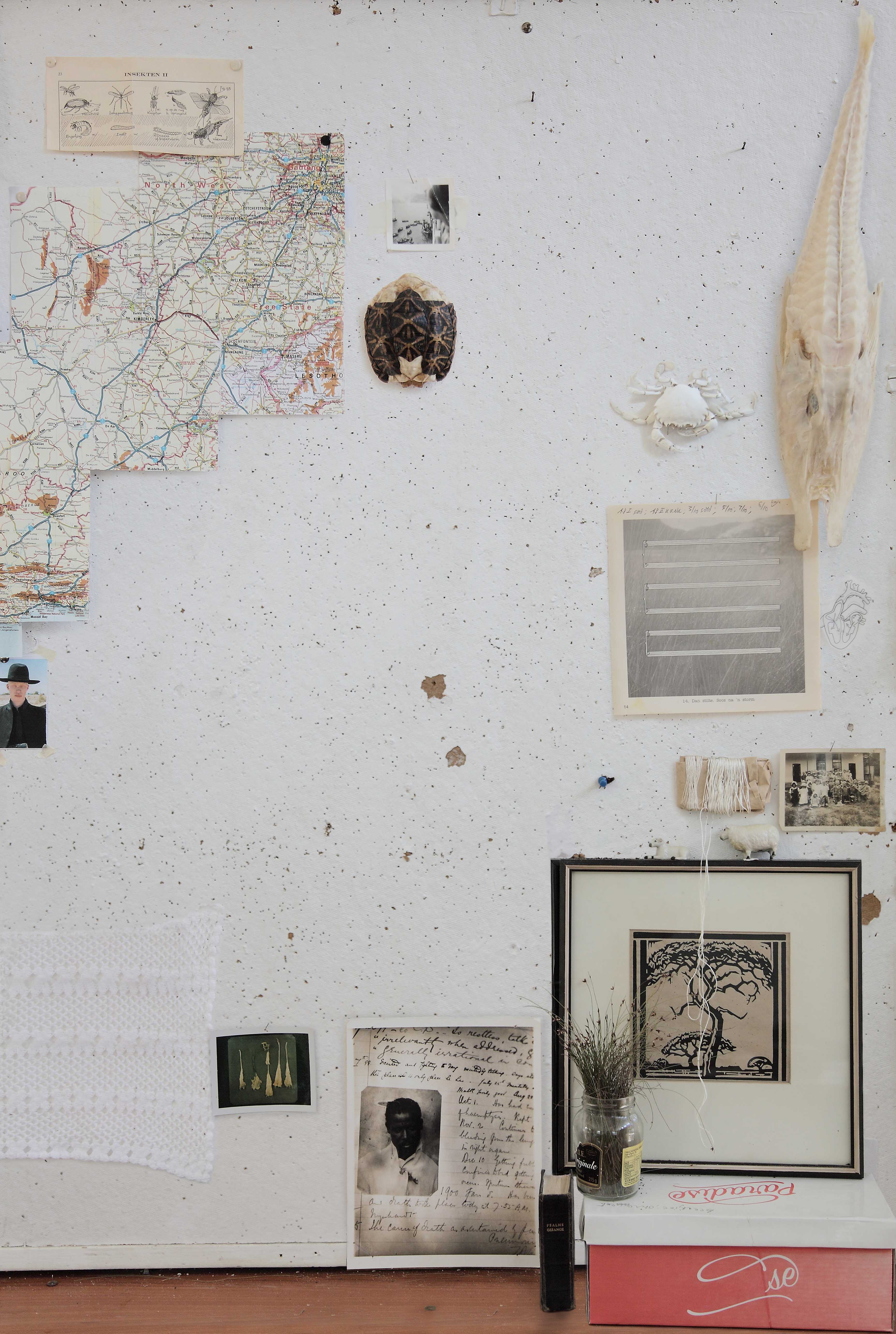 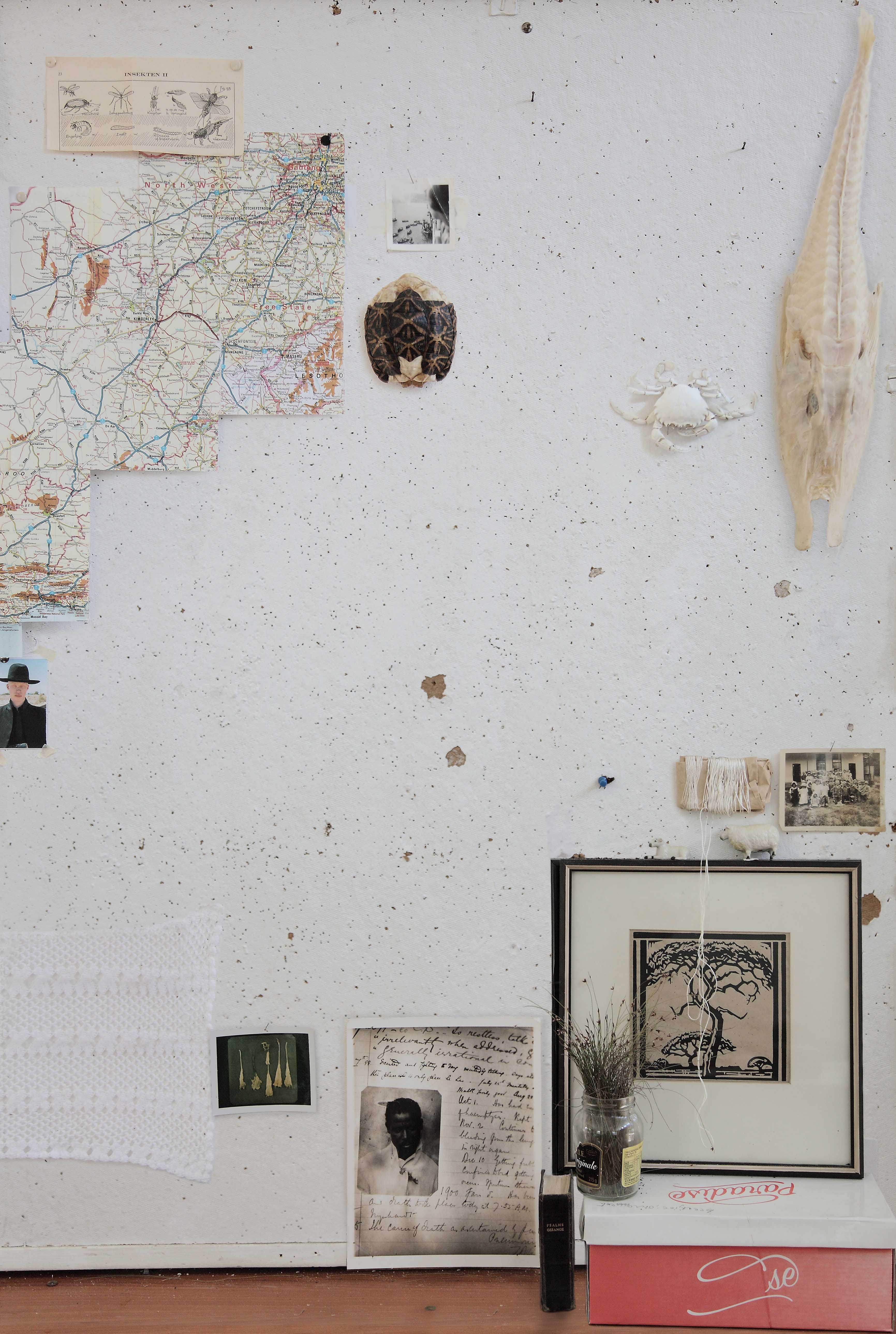 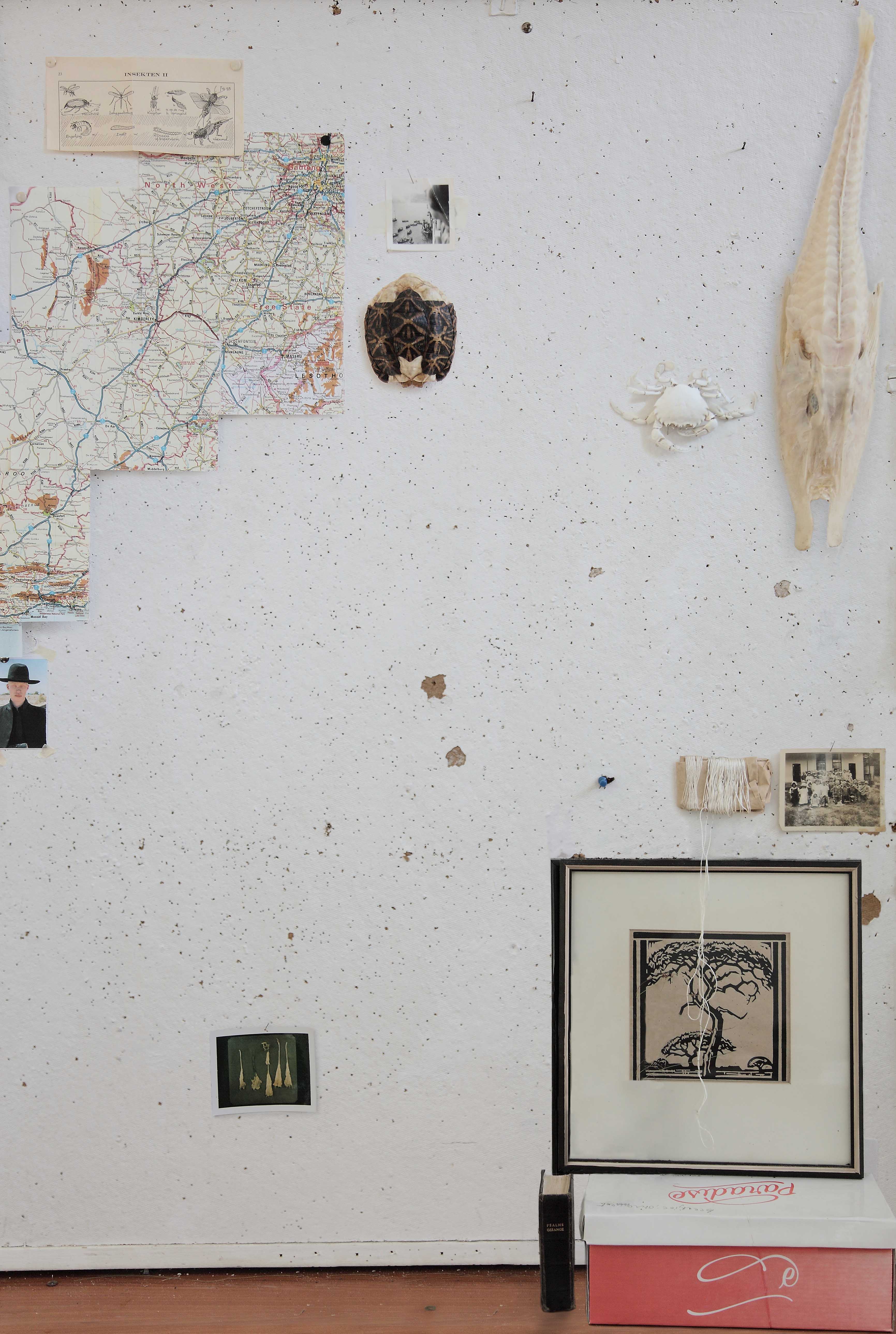 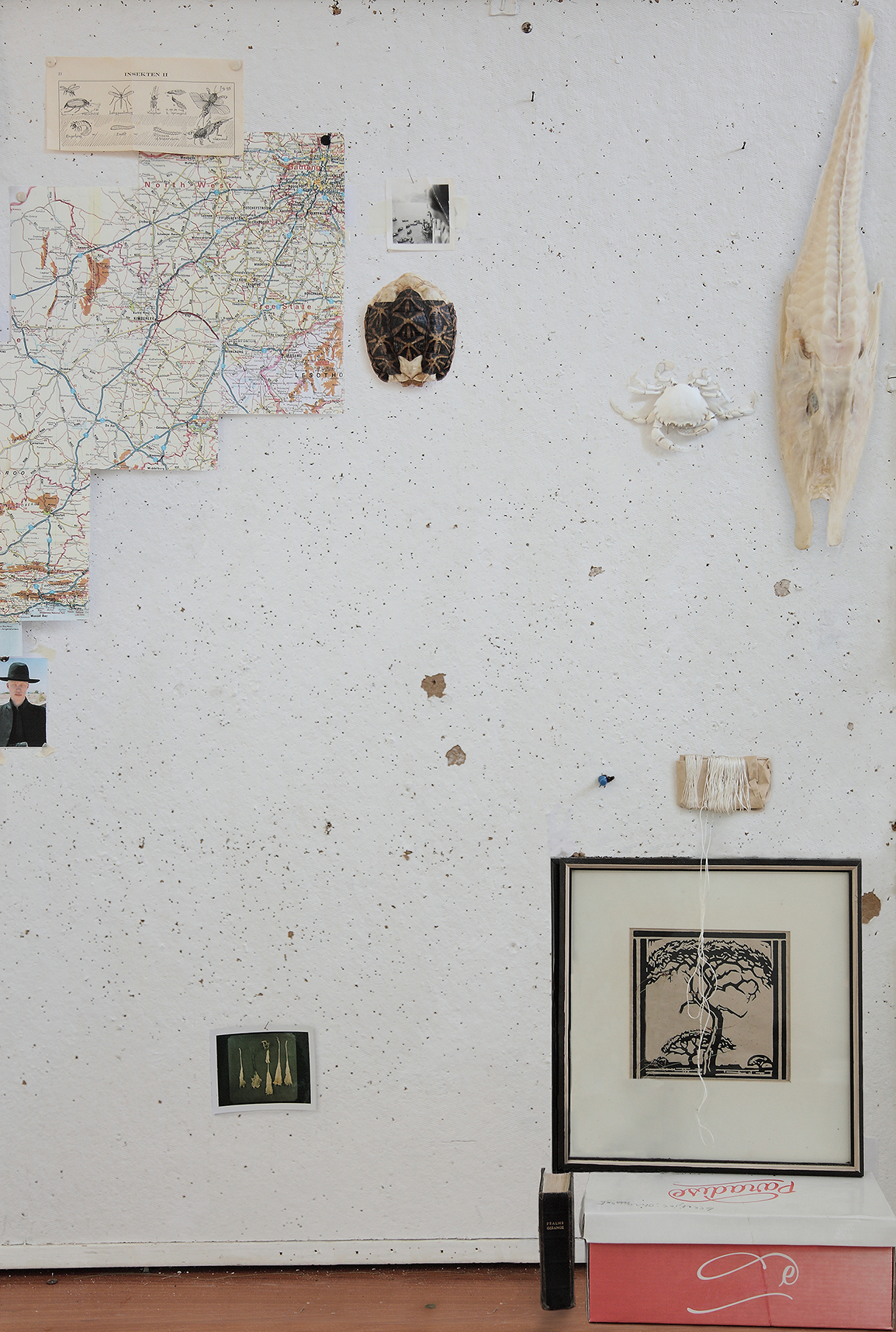 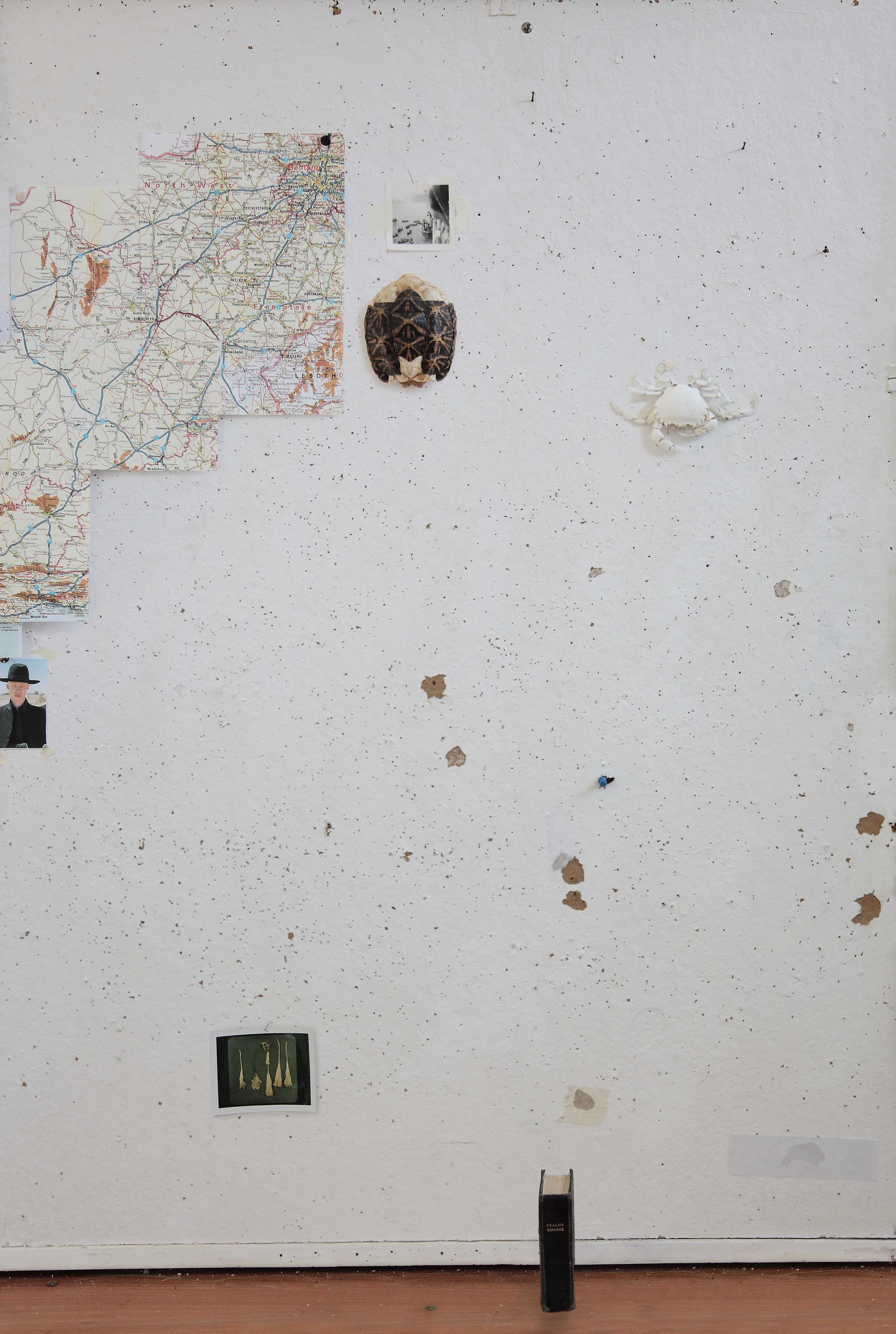 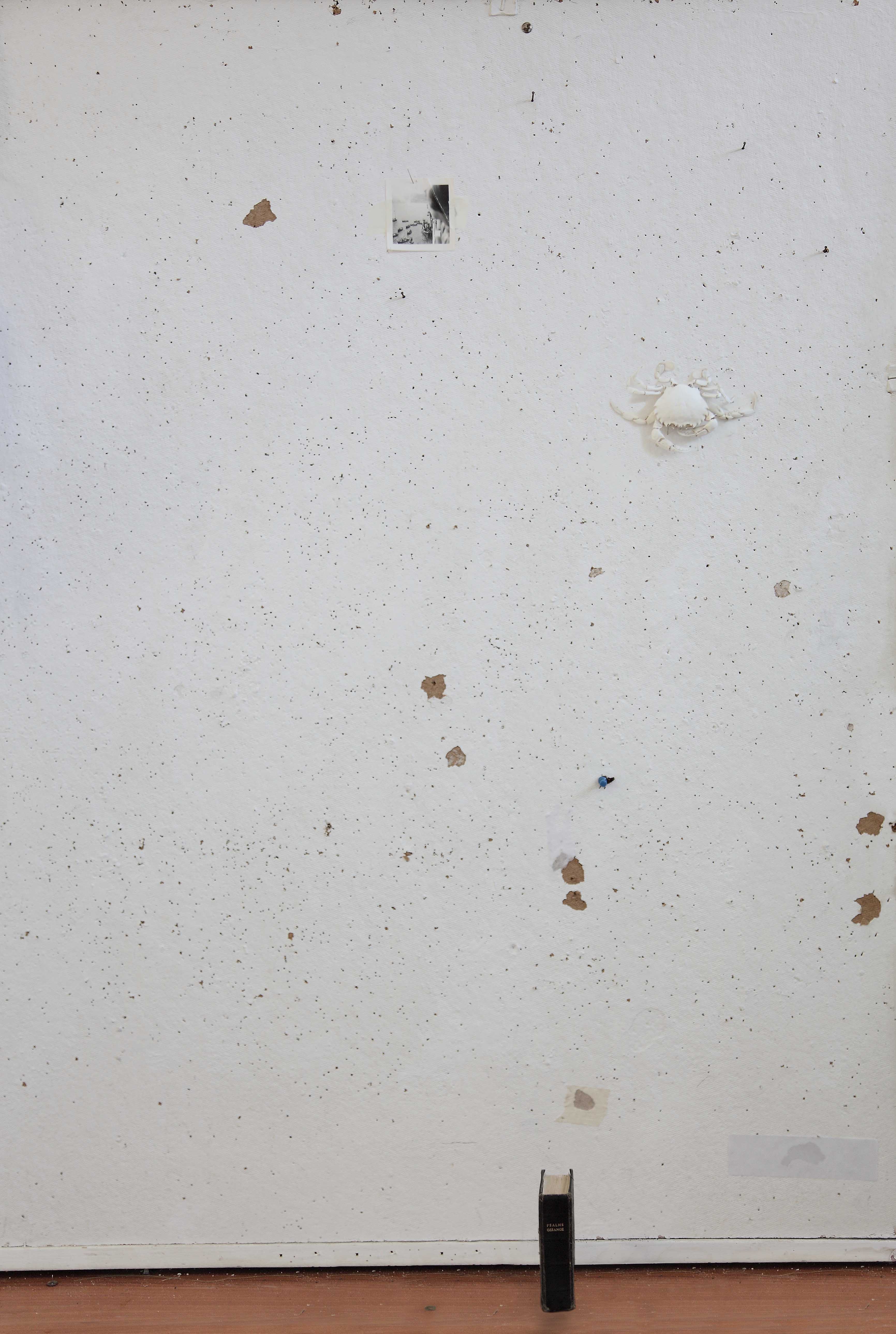 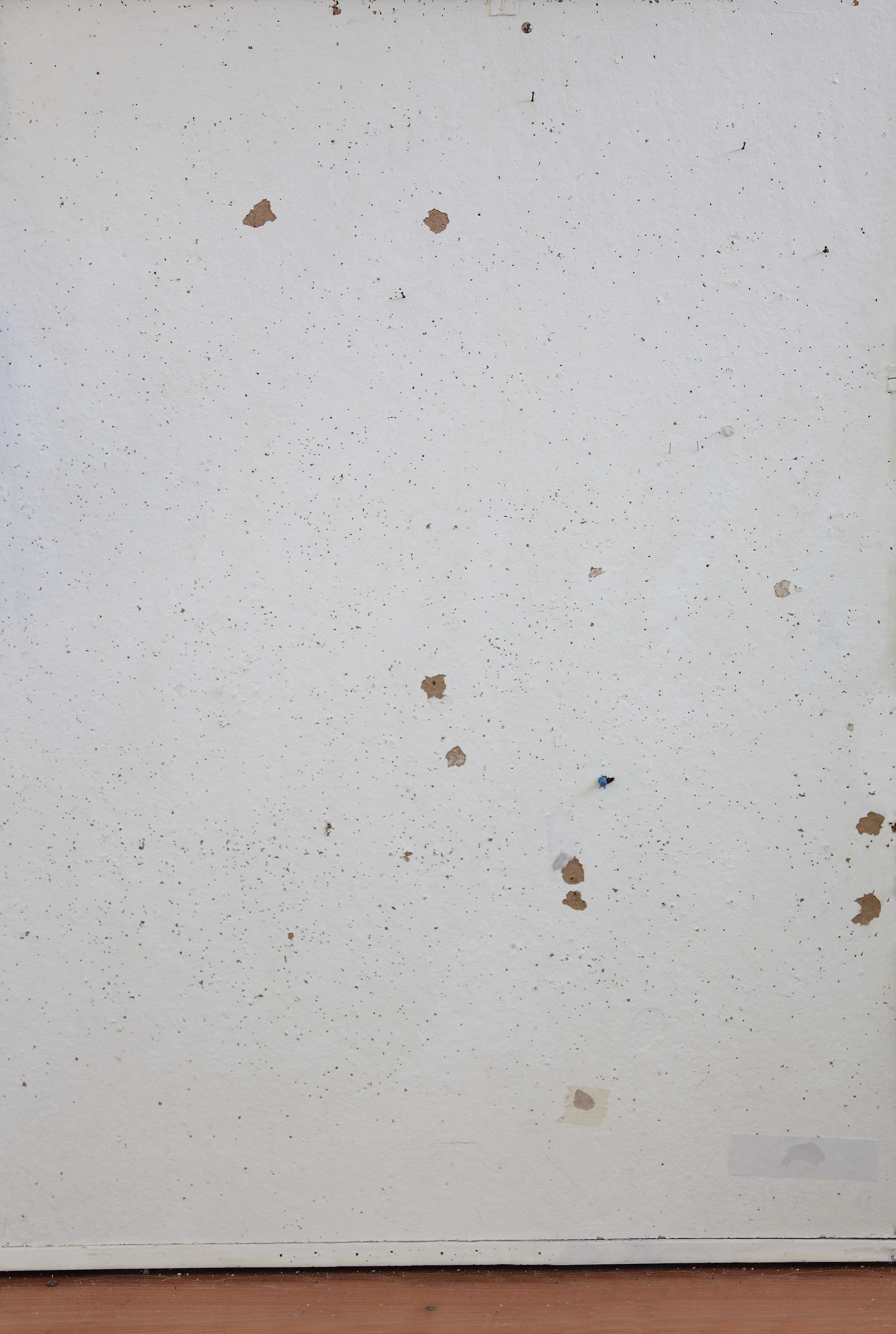